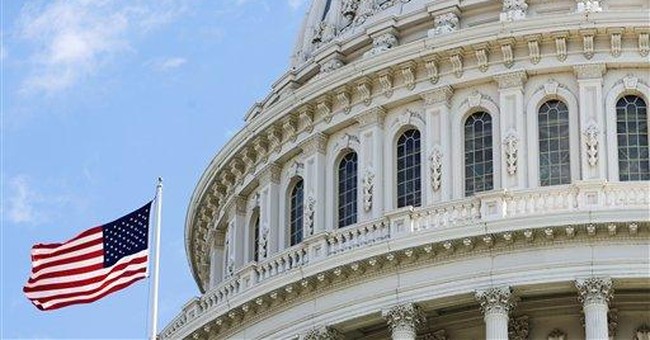 It seems tedious. Most people who already use it probably won’t notice a difference. And it’s funded in part by George Soros.

That said, the new improvements at OpenSecrets.org will allow investigative journalists, analysts, and citizen watchdogs to access information in better ways, which could lead to much greater transparency in government funding and political donations.

“The tide has turned. We the people are going to get our government back,” said one enthusiast, Robert Steele, who lobbies for open source intelligence.

Here’s how it works: An investigator visits OpenSecrets.org and downloads a “bulk data set,” from any one of the past 20 years. That data set could include donations and expenditures from campaigns, political parties or political action committees – a compilation of information that users say is unrivaled. The investigator can then move the data around, mash it up, and draw conclusions about the results, which was much more difficult under the old system.

“For the first time they can access for free the vast data sets, and find out new ways to display the information provided it’s for a noncommercial purpose,” said Massie Ritsch, spokesman for the Center for Responsive Politics, the group that operates the site. Previously, a CRP researcher would have had to assist the investigator with his search, or the investigator would have to manually draw the information from hundreds or thousands of pages of information.

What makes the information particularly useful is the format. OpenSecrets shows its information in a comma-separated values system, which allows for easy importing and management. OpenSecrets also organizes information that official records bungle. For example, The Boeing Company could be listed as Boeing, Boeing Inc., Bowing, or any other number of incorrect titles. OpenSecrets consolidates all of those names into one standard entry so that donations can be easily attributed.

Each part of the new “bulk data sets” at Opensecrets.org takes a half hour to download. The average user probably won’t bother. Less advanced searches are still the most popular feature on the website, allowing access to information on the top 20 political donors, Presidential donors, Congressional donors, donors by industry, and a host of other sources.

Ritsch said that inviting more serious researchers to download entire sets of data instead of keeping them under electronic lock and key puts more eyes on the information.

“We have 535 haystacks for every lawmaker, and we’ve given everyone a pitchfork so they can find the needles,” said Ritsch. “We can’t be watching everybody all the time. But by putting this data out in more people’s hands, it means more people will be looking at it.”

Tim Carney, the lobbying editor and columnist at the Washington Examiner, says OpenSecrets.org is essential to his work.

“I basically live at OpenSecrets.org.” said Carney. “It’s how I found out that Bank of America was funding Chris Dodd to the tune of $5,000 per week at the time he sponsored a housing bailout they wrote.”

Some critics have pointed out that George Soros’ main charity, Open Society Institute, is a primary contributor to OpenSecrets, tainting its claim to nonpartisanship. And the new improvements to OpenSecrets was made possible by a 1.2 million dollar donation from the Sunlight Foundation, which critics also say is biased against the GOP. But OpenSecrets adamantly insists that it’s nonpartisan, and Carney is confident in the group’s ability to provide unbiased information.

“There are hints on the website – in the wording of their blog posts and in the industries they choose to highlight – that the group has leftward leanings, but they are a fair and serious group dedicated to disclosure, openness, and good government,” he said.

You can visit the new features of OpenSecrets here.