Federal Government Has No Idea How Much Land it Owns 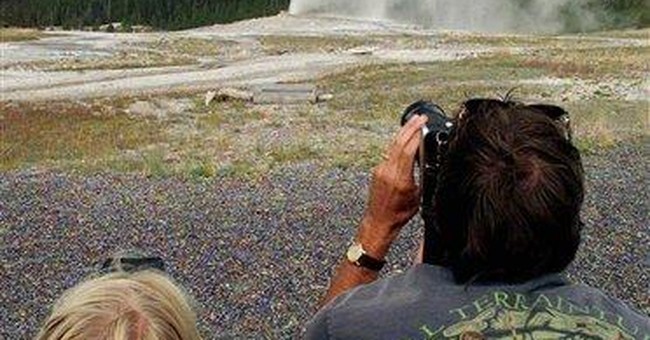 Advocates of the FLAIR Act, or Federal Land Asset Inventory Reform, say the federal government has no central system to identify its land holdings. So for the third year in a row, they have pushed for a bill that would consolidate what is estimated to be hundreds of different federal maps into one streamlined system.

“If you are a publicly traded company, the SEC makes sure you know what you own. If you are a private corporation, or an individual, the IRS makes sure you know what you own. And if you are a state or local government, the bond houses on Wall Street make sure you know what you own. It’s a little scary to realize that perhaps the only public entity in America that does not know what it owns is probably Uncle Sam,” said Scott Parker, Chief of Staff for Rep. Rob Bishop (R-Utah), one of the sponsors of the bill. The FLAIR Act has been promoted by mapping associations and Congressmen who say a streamlined system will save the government money because it would put an end to conflicting, overlapping and outdated information. Currently, there is no catchall system of mapping, or “cadastre,” as the industry lingo goes, to monitor all government land holdings. A national cadastre would allow for comparisons between different sets of data between different agencies, potentially assisting with crisis such as the housing sector meltdown. “There’s no one interoperable system or system of systems that you could go to and say, in March of 2007, there were 1000 foreclosures, and in March of 2008, there were 300 foreclosures – you can’t do that,” said John Palatiello, Executive Director of the Management Association for Private Photogrammetric Surveyors (MAPPS), an industry trade group. Palatiello says that many other developed nations have cadastres, and that the U.S. has even assisted other countries in creating theirs. The Government Accountability Office has identified a national land registry system as a “high-risk” area of need, meaning it has a higher vulnerability to fraud, waste, abuse, and mismanagement in the federal government. Land management has been on this list four consecutive times since 2003. Also in 2003, the General Services Administration said that more than 5.1 million acres of federal lands was “vacant,” with no identifiable purpose. “Not only do we not know what the federal government owns, we also don’t know what all the federal land is being used for, exactly where its boundaries are located sometimes, or whether it is being put to its best use,” said Parker. The FLAIR Act has two components. First, it mandates an inventory of inventories, cataloging exactly what systems are currently in place for land monitoring. Second, it creates the cadastre, to be managed through the Department of the Interior. Whether or not the legislation will go anywhere remains to be seen; the past two bills have died in Congress. But it seems as though the inertia has nothing to do with consensus. “There’s so much agreement on the topic and how it would benefit society. We just think the bill makes too much sense,” said John Byrd, MAPPS government affairs office. “The technology allows for more efficient utilization of our property.” It might make a lot of sense, but David Degennaro, legislative assistant for Rep. Ron Kind (D-Wisc.) isn’t pushing passage as a main goal for the bill. “I think we are definitely interested in more education for members this time around,” he said. MAPPS claims that Sen. Claire McCaskill (D-Mo.) and Orrin Hatch (R-Utah) will be introducing the bill in the Senate in the near future.