Attacking Puerto Rico Statehood is the Wrong Approach for Republicans

Jesse Grady
|
Posted: Dec 19, 2020 12:01 AM
Share   Tweet
The opinions expressed by columnists are their own and do not necessarily represent the views of Townhall.com. 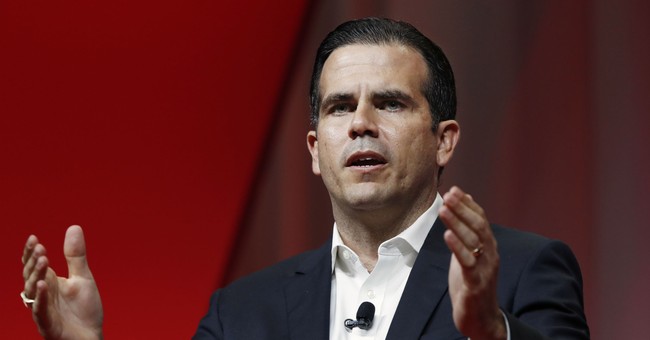 Republicans’ hope of stopping the Democrats' radical agenda lies in the Georgia Senate runoffs that will be decided on January 5th. There is a lot to fear from complete Democratic control of government, like burdensome environmental regulations that cause even more businesses to close their doors, and tax hikes that end up getting passed on to the middle-class and working families. One thing Republicans should not fear, and certainly should not campaign against, is the possibility of Puerto Rico becoming the 51st state.

Puerto Rico recently voted in favor of statehood for the third time in less than a decade, and the support for statehood came from both political parties on the island. This is unsurprising given how Puerto Rico’s current status relegates its residents to second class citizenship - born Americans but without the full rights available to those on the mainland.

Puerto Ricans fight alongside their American counterparts, and have in every war for over 100 years, yet cannot vote for president. They pay many federal taxes, but cannot access all the federal benefits as those on the mainland. And their uncertain territorial status deters businesses from settling on the island and providing much needed jobs and entrepreneurial opportunity that other states are afforded given their solidified status.

This is why it was so disappointing to see the National Republican Senatorial Committee (NRSC) use support for Puerto Rico statehood in an attack against the Democrats running for Senate in Georgia. Not only is it the wrong approach given that voters on the mainland support statehood for Puerto Rico, it is based on an unfounded fear that statehood will lead to two reliably Democratic Senate seats.

The current Puerto Rican elected official in the House of Representatives caucuses with Republicans, and she was recently re-elected by a wide margin. Additionally, right-leaning elected officials are in control of the Puerto Rico House and Senate. It is much more likely that Puerto Rico will be a swing state, and swing states like Florida have shown this could be a positive opportunity for Republicans - if they don’t oppose statehood.

Previous Republican presidents have supported statehood for Puerto Rico because it is the morally right thing to do, in addition to the fact that it will result in more economic prosperity for the island, which only serves to benefit the United States. With more jobs comes more disposable income, creating more consumers that support businesses big and small across the country

And opposing Puerto Rico statehood is not just bad policy, it’s bad politics. The Republican Party has recently made inroads in Latino communities, shown by the 2020 general election results where President Trump made significant gains in these communities in South Florida and along Texas’ border with Mexico. And we have already seen Puerto Rican voters have an outsized influence in recent elections, like Senator Rick Scott, current NRSC chair, who over-performed with Puerto Ricans in Florida to win his senate seat in 2018, and he earned this support in part because of his support for Puerto Rican statehood.

There are around 90,000 Puerto Ricans in Georgia, and all signs point to the Georgia Senate runoffs being a tight race, with polling showing both races are within the margin of error- statistically tied. Therefore, it is the wrong political move for the Republican Party to ostracize these voters, the majority of whom support statehood for Puerto Rico.

Republicans in Georgia should be focused on the real issues voters care about, like how they are going to be able to create jobs, protect small businesses, fix our crumbling infrastructure, and improve health care outcomes - not alienating an entire voting bloc. Puerto Rico statehood should not be used as a boogeyman by Republicans, but instead we should seize the opportunity to support statehood because it's good policy and politics.