Jesse Grady
|
Posted: Sep 22, 2020 12:04 PM
Share   Tweet
The opinions expressed by columnists are their own and do not necessarily represent the views of Townhall.com. 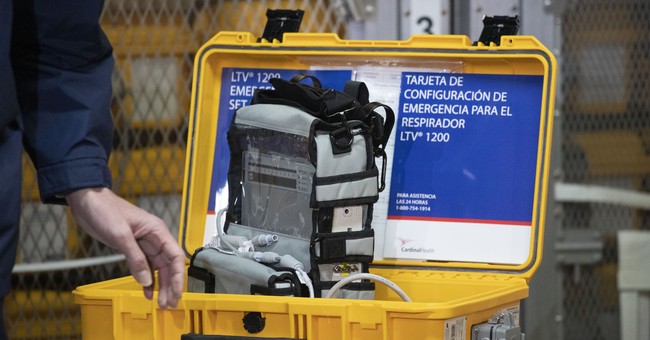 The Trump administration’s response to the coronavirus pandemic will be debated, analyzed, and investigated for decades. It’s also unlikely the critique of President Trump and his administration is fair, given the already highly politicized coverage in most media outlets. Congress is getting into the action too by starting to call upon administration officials to testify and requesting documents and reports relating to the federal government’s efforts to combat the deadly virus.

This effort appears to be an attempt to win political points for the Democrats leading up to the election. There are many unintended consequences of partisan fishing expeditions, but the most concerning is the vilification of the private sector that jumped into action to help the federal government manufacture life-saving materials in a time of need. The House Oversight Committee, that is taking the lead on this investigation, has their work cut out for them.

The onset of the coronavirus pandemic, a never-before-seen or researched virus that proved to be fatal, was unsettling for millions of Americans. President Trump, with guidance from his administration, which had already banned travel from China to the United States, realized that was not enough and acted to keep our nation safe by acquiring PPE and life-saving medical supplies.

The House Oversight Republicans will have to spend their time pushing back on false claims, starting with the ventilator contracts the Department of Health and Human Services (HHS) entered with Philips, Hamilton, and Vyaire that were canceled before the order was complete. The press coverage surrounding this specific issue is concerning because it conflates different types of government contracts while comparing them as equal.

Government contracts vary in every imaginable way. The ventilator contracts from this spring played a critical role in the public health response to the pandemic. Once the Trump administration got involved, any American who needed a ventilator got one, and that’s thanks to the HHS contracts. This also resulted in the medical device manufacturers hiring hundreds of well-paid new employees to keep producing this life-saving device around the clock, all while unemployment was at a high.

Some House Oversight Committee Democrats appear to be touting false information to put pressure on the Trump administration before the election by stating the American taxpayers overpaid for the ventilators. The evidence from this claim is from a six-year-old Philips research and development ventilator contract with a branch of HHS called Biomedical Advanced Research and Development Authority. Philips charged the government a lower price because the agency was investing in the company in addition to paying per unit for the ventilators. It’s also fair to point out that previous government contracts for medical devices didn’t have a condensed timeline amid a pandemic.

Our country will feel the impact of the coronavirus pandemic for many years to come, and it’s crucial that we examine our government’s response to benefit our future. But so far, it seems our lawmakers are engaging in partisan attacks that negatively hurt the private sector that put themselves at risk to work on the front lines of the pandemic to help Americans combat the virus. Congress needs to focus on helping our nation recover from the coronavirus, not engage in unfounded attacks on the Trump administration.

The Supreme Court Commission Has Finished Its Report. Here's What It Concluded About Court Packing.
Townhall
Meet Craig Tamanaha, the 49-year-old arrested for allegedly setting fire to the Fox News Christmas tree
Twitchy
The Democrats Have a Hate Problem
Redstate
The Morning Briefing: The Sweaty, Gross Democrat/Media Lovefest Gets Even Nastier
PJ Media