Jesse Grady
|
Posted: Sep 10, 2020 12:01 AM
Share   Tweet
The opinions expressed by columnists are their own and do not necessarily represent the views of Townhall.com. 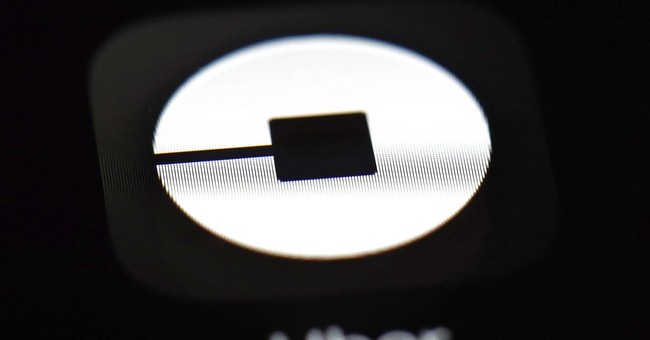 Too often, Congress is quick to push through new regulations on private businesses without first taking a step back and asking what the long-term implications of these policies are. Instead of carefully questioning whether what they are doing will actually accomplish their goal rather than create new headaches for consumers and companies alike, they rush to pass the bill and handle the consequences later. Now, we’re seeing it at work again.

This summer, the House of Representatives passed a new bill called Sami’s Law by a voice vote and sent it to the Senate with the hope of a quick passage. This well-intentioned bill was created in honor of a college student in South Carolina who was killed in 2019 after getting into a car with an imposter rideshare driver. Seeking to keep similar tragedies from occurring in the future, the bill outlines a number of regulations to guide driver and rider verification, incident review and more. However, good-hearted as this effort may be, many of these rules stretch into being government overreach and in some cases are just simply not necessary.

For example, the bill as written establishes an advisory council overseen by the Secretary of Transportation that meets annually to review current rules governing the rideshare industry and propose new ones that the Secretary may adopt. Under the current draft of the bill, this new regulatory body would be in place for a minimum of 12 years, meaning more than a decade of government oversight of an industry that is already making unprecedented collective progress toward consumer safety.

Right now, ridesharing companies require background checks for all of their drivers, and some are even set to begin requiring that their divers go through additional training to prevent assault and keep riders safe. To help provide an added layer of security, many ridesharing companies are also allowing riders to opt in to features that help them to verify that the driver of the car they are about to get in to is actually the one that they have been matched with through the app, such as a personal identification number that both parties have to confirm before a ride can start.

In cases where riders do feel unsafe, rideshare companies already provide an in-app mechanism for contacting 911 during an emergency or if a rider feels threatened. When riders activate this function, ridesharing companies also proactively share any necessary information with authorities including a car’s make and model, and even its real-time location. If drivers feel unsafe but not immediately threatened, then apps allow them to report these incidences directly without dialing 911.

With companies already making such rapid and profound progress to keep riders and drivers alike safe, it raises the question of why Congress feels the need to create an entire new regulatory council and add more bureaucratic obstacles for the industry. Instead of keeping riders safe, passing legislation to regulate changes that are by and large already underway will only result in more gridlock and make using these services all the more expensive. In the end, it is consumers who would be paying the price

This kind of unnecessary regulation also goes against many of the pillars of the Trump administration. Since day one, President Trump and his allies in Congress have worked to roll back these types of regulations, not create more. Hopefully, they continue on that deregulatory path and realize that this bill as it is proposed is simply not the right step forward.

As Sami’s Law is taken into consideration in the Senate, I am sure that Majority Leader Mitch McConnell will recognize that this bill would go against many of the core conservative values that he has steadfastly maintained throughout his career. He has a strong record of standing by these ideals when considering new policy, and I hope he does so once again. Under its current language, this bill would only result in more unnecessary government oversight over private enterprise.

Ridesharing companies are constantly innovating new ways to keep everyone who uses their services safe. That is why, well-meaning as Sami’s Law is, the Senate should not vote to pass it as it is currently written. In this instance, as in many others, less is more when it comes to government regulation of private industry.