Jesse Grady
|
Posted: Apr 24, 2020 12:01 AM
Share   Tweet
The opinions expressed by columnists are their own and do not necessarily represent the views of Townhall.com. 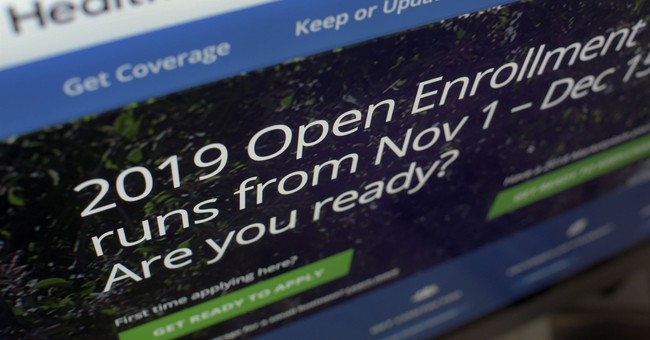 Doctors and nurses are working around-the-clock, putting their own health on the line, to treat sick patients, and to help stop the spread of COVID-19. After each long, grueling shift, they can’t even find solace with their families at home. No hugs with their children, as they have to isolate themselves to prevent spreading the virus to their loved ones. They have made a lot of difficult personal sacrifices for the rest of us, but rather than supporting the medical professionals on the front lines, some members of Congress are considering siding with Big Insurance.

The insurance industry has spent millions lobbying for price controls so that it could have significant influence over setting medical rates. Insurers claim that having Washington dictate private medical rates would end the surprise medical bills that patients face after receiving out-of-network medical care.

But we heard a similar promise not too long ago when they said that forcing Americans to purchase their health insurance plans would somehow lower healthcare costs. Of course, as patients painfully know, the exact opposite happened: premiums skyrocketed and the number of options for insurance plans shrunk dramatically. In fact, one-third of counties nationwide had only one option for their insurance plan on the Obamacare exchanges.

The recent price-fixing schemes that Big Insurance and its allies in Washington are now pushing would have a similar effect. Rather than having fewer insurance plans, patients, especially those living in rural communities that are already facing physician shortages, would have access to fewer healthcare providers. In the middle of a pandemic, it would be a disaster to have patients drive further to find the nearest hospital. But they wouldn’t have a choice.

Government rate-setting would shut down many hospitals that are currently hanging by a thread. Hospitals have had to reschedule elective and nonemergency care—their primary sources of revenue to cover operating costs—to dedicate all of their efforts on saving lives and flattening the curve of coronavirus cases. They are expecting to lose billions in revenue, with many physicians having to take pay cuts as high as 40 percent in order to keep the lights on and provide their communities with access to critical medical care. The entire healthcare industry is under immense pressure and the long-term consequences of the pandemic could jeopardize the ability of doctors to provide the best medical care possible.

Healthcare providers are struggling right now and need support from Congress, but some lawmakers have turned their backs on them despite claiming to support our first responders. My hope is that leaders on both sides of the political aisle, including Senate Majority Leader Mitch McConnell, Minority Leader Kevin McCarthy, and Speaker Nancy Pelosi can put aside their differences to provide doctors with the help they need to be able to continue treating sick patients.

Our country’s medical professionals have been central to recovery efforts. We can’t make it through this pandemic without them and it is critical that Republicans continue to show their support.

Jesse Grady is a former staff member of President Donald J. Trump’s 2016 campaign and a former Regional Field Director for the Texas GOP.