Jesse Grady
|
Posted: Sep 01, 2019 12:01 AM
Share   Tweet
The opinions expressed by columnists are their own and do not necessarily represent the views of Townhall.com. 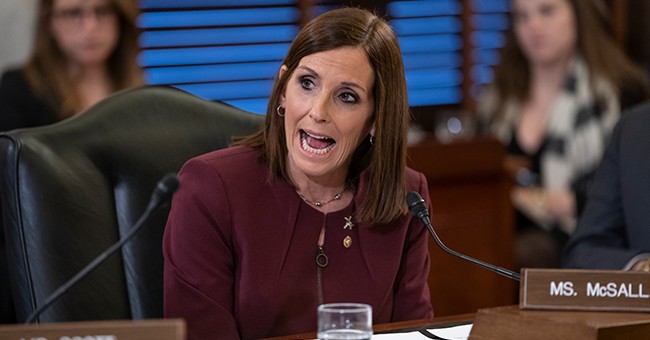 One of the toughest battles for Republicans to save the Senate in 2020 will be happening in Arizona as Senator Martha McSally (R-AZ) fights to win reelection. So it’s no surprise to me that every time I turn around, I read another article about Senator McSally talking about health care and prescription drug prices. Just last week she was meeting with pharmacy staff in Phoenix. And earlier this month, at a roundtable she hosted to discuss problems within the prescription drug industry, Senator McSally brought up the issue of expensive prescription drug prices, saying “What we’ve seen is abuse of loopholes and a variety of different behaviors once the initial (drug) patent has expired.” Boy is she right.

Of course, most Americans aren’t surprised to find out that big drug companies are making shady deals behind closed doors and abusing the system meant to keep them in line in order to make more money – that’s been their business model for decades. But people may be surprised to learn just how far they’ll go to make a buck.

Take for example the pay-for-delay patent “settlements” drug companies use to keep cheaper generic drugs off the market. When a pharmaceutical company creates a drug, they get a patent for it that generally lasts about 20 years, but the exact time period can vary. During that time, no other company can manufacture that drug – including generic drug companies. After the patent expires, other drug manufacturers can make the same drug and usually offer it for a much lower price. This will often drive the price the original drug company can charge for the drug way down, cutting into their profits. And we all know pharma companies don’t like that at all.

So here’s Big Pharma’s scheme to keep drug prices high: A big pharmaceutical company goes to a generic drug company and agrees not to create a bunch of expensive legal headaches for the generic companies in exchange for them agreeing to delay putting a generic version of their drug on the market. The longer the delay of the generic, the longer Americans are forced to pay higher prices for their prescription drugs – and the more money drug companies can make off the backs of sick people. The federal government estimates the pay-for-delay scheme costs American consumers an eye-popping $3.5 billion annually. Some states are fighting back. California just negotiated a settlement with some of the drug companies who were doing this for $69 million.

That’s not the only way drug manufacturers are price gouging American consumers. Just look at insulin, a drug that the 7.5 million diabetics in this country use regularly. The Wall Street Journal recently reported the price of the three most popular insulin products increased 117 percent, 118 percent and 150 percent from 2012 to 2017. These aren’t new drugs – they’ve been on the market for almost a century. So there is no reason for their price to increase so dramatically in such a short period of time. Yet as more and more Americans are diagnosed with diabetes and need insulin, greedy drug makers are jacking up prices to the point that diabetics are skimping on their insulin, increasing their chance of death.

Elections are the time when people can hold their elected officials accountable and demand action, and that is exactly what we are seeing in closely contested Senate races in states like Arizona. Issues involving healthcare and prescription drug prices, specifically Medicare, could determine the outcome of these key races, and ultimately decide if Republicans hold their majority in the Senate. Majority Leader Mitch McConnell would be smart to move quickly to pass a prescription drug bill that will lower costs and stop Big Pharma from taking advantage of people if he wants to keep “majority” in his title.