Tax Mischief in the Old-Line State

Jerry Rogers
|
Posted: Apr 19, 2018 1:17 PM
Share   Tweet
The opinions expressed by columnists are their own and do not necessarily represent the views of Townhall.com. 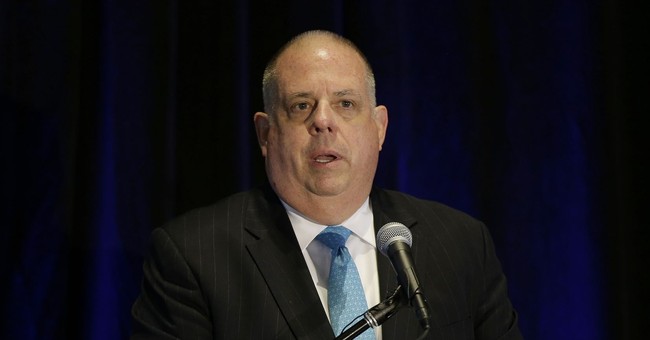 Modernization – innovation, progress, growth, dynamism – is good for small business, employees, and the economy. This is always true, until it’s not. And, it’s never true when government doesn’t know what it’s doing, which is often. Unfortunately, for the ‘Old-Line State’, its legislature’s attempt to ‘modernize’ the corporate tax code is a crony mess that will hurt consumers, working-class families, and small business.

In Maryland, the proposal in question is SB 1090, which would change the method in which non-Maryland-based companies investing resources and doing business within the state calculate their tax liability—from a ‘three-pronged calculation’ (property, payroll, and sales) to what Democrats call a ‘single sales factor’ calculation, taxing only the sales within a state.

It’s disconcerting to witness elected officials engaging in blatant cronyism, i.e., the government exercising its regulatory and tax authority to create corporate ‘winners and losers.’ Obviously some special interests will benefit from SB 1090 – those based in Maryland. However, the idea that big business or all business is synonymous with fairness or competition is simply wrong.

In Maryland, the political class is claiming that SB 1090 will modernize the corporate tax structure. But, this legislation will make problems for both small companies and consumers (a double whammy), while benefiting politically well-connected ‘big business’ interests. Corporatism advances the lobbying and consulting class at the expense of everyday Americans. SB 1090 will hurt hard-working Marylanders.

Elected officials claim to hate crony capitalism – i.e., favorable government intervention for some economic interests and not others – but too many are blind to it (even when it’s right in front of them). Worse, they vote for it and send it to the governor’s desk for approval.

Principally SB 1090 is a tax increase for some businesses – those not incorporated in the state – and not for others. It’s the political class picking ‘winners and losers’ – it’s cronyism.

What’s more, the bill’s supporters do not understand the two ironclad rules of basic economics. First rule: If you want less of something, tax it. In this case, less economic activity resulting in fewer jobs and less growth. Second rule: Businesses don’t pay taxes. They pass the cost of all taxation onto their customers in the prices of the goods and services they sell.

Marylanders already have the ‘low distinction’ of being some of the highest taxed citizens in the country. With SB 1090, the Maryland legislature is adding insult to injury. This unfair, unsustainable tax should be vetoed. Let’s hope that Governor Larry Hogan (R-MD) sees SB 1090 for what it is – a tax increase on Maryland’s working families and small business.

Jerry Rogers is the Founder of Capitol Allies. He lives in Maryland with his wife and five children.