'Free to Vote' Should Not Mean 'Free to Cheat'

Jerry Newcombe
|
Posted: Jan 20, 2022 12:01 AM
Share   Tweet
The opinions expressed by columnists are their own and do not necessarily represent the views of Townhall.com. 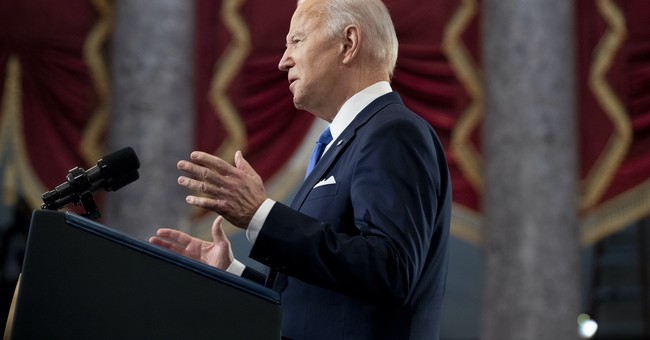 “The bedrock of the American republic is that elections must be free, fair, accurate, and trusted.” So states Mollie Hemingway in her important book,Rigged: How the Media, Big Tech, and the Democrats Seized Our Elections(2021).

I spoke with Mollie on the radio when her book came out. She told our audience, “I found after 2020 the way that you weren’t allowed to talk about [the election] to be completely suspicious. We all lived through it. It was the weirdest election of our lifetime---but then you weren’t allowed to notice that in any way.” Nothing to see here---move along.

In order to secure voter integrity, Georgia passed a law after the irregularities of the 2020 election. And this voting law has been viciously attacked by the left. But Tim Head, executive director of the Faith and Freedom Coalition (based in Atlanta),argues that in reality this law makes it easier to vote. Despite the lies of the media, Hollywood, the woke corporations, and the liberal politicians, including President Biden (who called the law “Jim Crow 2.0”), the law is a good step toward restoring voter integrity.

Tim Head told me, “The crux of the issue really comes down to: Do Americans and do voters have confidence that we as citizens and as voters have a voice, a meaningful voice, in our government? We need to have confidence that all of our voices are heard and otherwise, we can start moving closely, more closely towards almost a banana republic status.”

Last week Joe Biden visited Georgia and tried to peddle the left’s own voter overhaul bill, the “Free to Vote” Act, which would have the effect of federalizing all elections going forward, and would remove crucial vote-security measures.

And yet, in Article I, Section 4, the U.S. Constitution says: “The Times, Places and Manner of holding Elections for Senators and Representatives, shall be prescribed in each State by the Legislature thereof.”

But critics note that this bill would loosen common sense voter photo-ID restrictions.

Heritage Foundation’s Hans von Spakavsky, co-author (with John Fund) ofOur Broken Elections: How the Left Changed the Way You Vote, told me in an interview: “Those laws have been in place now for more than eight decades. We have years of turnout data in states with voter ID laws, that data clearly shows it does not suppress votes. It does not keep people out of the polls. It certainly does not keep minority voters out of the polls.”

Ken Blackwell, Senior Fellow with the Family Research Council, notes, “If it was difficult to get a voter ID, you could say it was a restraint to participation. Well it’s not difficult and you just think whether it’s taking out a library book, getting on an airplane, buying certain adult beverages, you have to show an ID.”

Interestingly a new survey of likely Michigan voters found: “[M]ore than 75% of participants supported a requirement to show a government-issued photo ID in order to vote, while support among Black residents was even higher at 79%.”

Another security measure requires updating voter registration rolls---so that no vote is cast by say, a person who died 10 years ago.

Veteran journalist Bob Knight says, “The question I always ask is, ‘How can you be against accurate voter rolls and say that’s somehow racist or suppressing the vote, when everybody’s treated the same?’”

Some critics believe that the porous border, where hundreds of thousands of illegal aliens are pouring into America, is a strategy by the left to sustain political power---by getting these people to vote and vote for the left. Recently, New York City has approved letting 800,000 illegal aliens vote in elections---local ones, for now. Critics note that this is why the Biden administration has not lifted a finger to close our southern border.

And then, there’s “ballot harvesting”---a system where third parties can collect mail ballots. Critics note this is rife with potential for voter fraud.

And now Biden and the left want to completely overhaul our election system to make sure they always retain their power. Going forward, we must make sure that elections are fair and just---that it iseasy to vote, but difficult to cheat.And the place to do that is in the state legislatures---according to the Constitution Joe Biden swore to uphold.