The Odds of Evolution Are Zero

Jerry Newcombe
|
Posted: Jun 15, 2017 12:10 AM
Share   Tweet
The opinions expressed by columnists are their own and do not necessarily represent the views of Townhall.com. 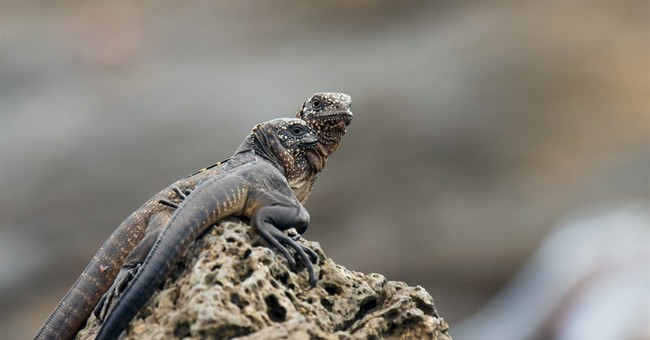 Zero times anything is zero. The odds of life just happening by chance are zero.

This universe just springing into being by chance is impossible. It takes a leap of blind faith to believe in evolution, unguided or guided. Of course, there are tiny changes within kinds. It seems to me usually when the evolutionists make their case, they point to these tiny changes.

The analogies to the improbability of evolution by a random process are endless.

A hurricane blows through a junkyard and assembles a fully functioning 747 jet.

Scrabble pieces are randomly spilled out on the board, and they spell out the Declaration of Independence word for word. (Source: Dr. Stephen Meyer, author of Darwin’s Doubt).

A monkey sits at a typewriter and types thousands of pages. He types out word for word, with no mistakes, the entire works of Shakespeare.

The odds against our universe, of the earth, of the creation, to have just come into being with no intelligent design behind the grand scheme are greater than all of these impossible scenarios.

Forget the works of Shakespeare. What are the odds of a monkey randomly typing away simply spelling the 9-letter word “evolution” by chance? That doesn’t sound too hard, does it?

Dr. Scott M. Huse, B.S., M.S., M.R.E., Th.D., Ph.D., who holds graduate degrees in computer science, geology, and theology, wrote a book about creation/evolution back in the early 1980s, The Collapse of Evolution. Huse has done extensive study on these questions of random probability. I had the privilege of interviewing him about it for Dr. D. James Kennedy’s television special, “The Case for Creation” (1988). It was a type of Scopes Trial in reverse---filmed on location in Tennessee, in the very courtroom where the 1925 monkey trial took place.

Later, Huse created a computer program to see what are the odds of a monkey typing the word “evolution”? He notes that the odds are 1 in 5.4 trillion, which statistically is the same thing as zero. Any casino that offered such horrible odds would lose customers quickly, because no one would ever win. Forgive my bluntness, but the suckers have to win something before they start losing big.

Here’s what Scott told me in an email:  “The typical personal computer keyboard has 104 keys, most of which are not letters from the alphabet. However, if we ignore that fact and say the monkey can only hit keys that are letters of the alphabet, he has a one in twenty-six chance of hitting the correct letter each time.

“So, the odds of him accidentally typing just the 9-letter word ‘evolution’ are about 1 in about 5.4 trillion …From a purely mathematical standpoint, the bewildering complexity of even the most basic organic molecules [which are much more complicated than a nine-letter word] completely rules out the possibility of life originating by mere chance.”

Take just one aspect of life---amino acids and protein cells. Dr. Stephen Meyer earned his Ph.D. in the philosophy of science at Cambridge University. In his New York Times bestselling book, Darwin’s Doubt (2013), Meyer points out that  “the probability of attaining a correct sequence [of amino acids to build a protein molecule] by random search would roughly equal the probability of a blind spaceman finding a single marked atom by chance among all the atoms in the Milky Way  galaxy---on its face clearly not a likely outcome.” (p. 183)

And this is just one aspect of life, the most basic building-block. In Meyer’s book, he cites the work of engineer-turned-molecular-biologist, Dr. Douglas Axe, who has since written the book, Undeniable: How Biology Confirms Our Intuition That Life Is Designed (2016).

In the interview I did with Scott Huse long ago, he noted, “The probability of life originating through mere random processes, as evolutionists contend, really honestly, is about zero…. If you consider probability statistics, it exposes the naiveté and the foolishness, really, of the evolutionary viewpoint.”

Dr. Charles Thaxton was another guest on that classic television special from 1988. He is a scientist who notes that life is so complex, the chances of it arising by mere chance is virtually impossible. Thaxton, now with the Discovery Institute, has a Ph.D. in physical chemistry, and a post-doctorate degree in molecular biology and a Harvard post-doctorate in the history and philosophy of science.

Thaxton notes, “I’d say in my years of study, the amazing thing is the utter complexity of living things….Most scientists would readily grant that however life happened, it did not happen by chance.”

The whole creation points to the Creator. Huse sums up the whole point: “Simply put, a watch has a watchmaker and we have a Creator, the Lord Jesus Christ.”