“Jesus” and the Oscars

Jerry Newcombe
|
Posted: Mar 02, 2017 12:01 AM
Share   Tweet
The opinions expressed by columnists are their own and do not necessarily represent the views of Townhall.com. 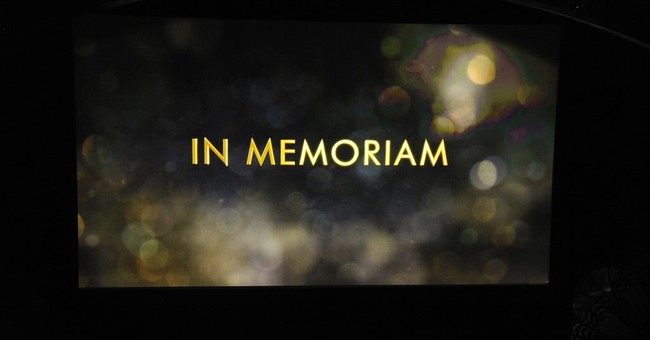 Another Oscar awards ceremony has come and gone. Trump-bashing from all the limousine liberals was front and center.

However, all politics aside, is there evidence that God is at work in the cinema? There certainly are a growing number of Christian-based movies popping up in movie theatres. Most of these are independently produced and independently released. Meanwhile, the most-watched film of all time is based directly on the Gospel of Luke---more on that in just a moment.

Just last week, the number one movie in the U.S. for one night (2/23) was a documentary shown in select theatres across the country called, “Is Genesis History?” I wrote about this movie a couple of weeks ago. It provides scientific evidence that the paradigm in Genesis of creation, fall, and a world-wide flood explains the fossil and geological record better than does the evolutionary model.

More than 143,000 people saw the film on its one night showing. Because it did so well, there will be two encore showings of this outstanding film, which features Dr. Del Tackett interviewing on location more than a dozen Ph.D. scientists from a wide variety of scientific fields.

I reached out to Thomas Purifoy, Jr., the director/producer/writer of “Is Genesis History?” for a statement on the reception of the film: “We were encouraged to see such widespread excitement and interest in the film last Thursday night. I think the film is addressing questions many people have had for a long time. They just didn’t realize how much evidence confirms the historical account in Genesis.”

“Is Genesis History?” is just one of the films with a faith-based theme that will be showing in the movie theatres in 2017.

Writing for “Good News” (Jan. 2017), a Christian-based newspaper in South Florida, movie-aficionado Stanley Goldenberg listed other new releases of Christian movies in 2017, including:  “Silence,” “The Resurrection of Gavin Stone,” “Facing Darkness,” “Grace Wins,” “Let There Be Light,” “An Interview with God,” “Champion,” “All Saints,” “A Salted Christmas,” and “The Case for Christ.”

“The Case for Christ” is a retelling of the true story of a hard-drinking atheist who was an investigative journalist for theChicago Tribune. When his wife started going to church, he decided to win her back by applying his skills to disprove Christianity. Lee Strobel ended up instead discovering that Jesus really did rise from the dead, and he submitted his life to Him.

Also coming out in 2017 is a faith-themed film, “The Shack,” based on the controversial best-selling novel of the same name.

Last year there were also a number of major faith-based films in theatres, including “God’s Not Dead2” (one of my favorites), “I’m Not Ashamed,” “Ben-Hur,” “Risen,” and “Hacksaw Ridge”---directed by Mel Gibson---the man who virtually started this trend by proving through “The Passion of the Christ” (2004) that there are millions of potential movie-goers who have been staying away from the cinema for years.

Why pay good money to have your faith and views denigrated, which so often happens in the mainstream movies?

Movieguide publisher Ted Baehr recently said that every week about 20-25 million Americans go to the movies. In contrast, he notes that about more than 130 million people go to church---that’s seven times more than those who go to the movies. Thus, there is a very large potential audience for Christian films.

So what is the one film seen by more people than any other? Is it “Star Wars” (and all of its variations), “The Godfather,” “Gone With the Wind,” “The Wizard of Oz”?

In the history of motion pictures, the most watched movie (not the most commercially successful, but the one film viewed by more people than any other film) is “Jesus” (also known as “the Jesus Film”), which is based on the Gospel of Luke.

“Jesus” was released in the theaters in the late 1970s and has been shown by missionaries using mobile projectors in remote areas all over the globe. It has been translated into more than 1400 languages. As of 2002, it had been seen by more than five billion people worldwide, and that number climbs. No other film comes even close to having this viewership.

The website jesusfilm.org notes: “The fact that ‘JESUS’ has been recognized by The Guinness Book of World Records as the ‘Most Translated Film’ in history reveals how seriously we [Cru, formerly Campus Crusade for Christ, which produced and owns the rights to the film] take the objective to share the gospel with people from every nation, tribe, and tongue.”

“Jesus” may never receive an Oscar at the Academy Awards, but in terms of sheer viewership the world over, it wins hands down.