Who Are the Real Terrorists?

Jerry Newcombe
|
Posted: Jan 28, 2016 12:01 AM
Share   Tweet
The opinions expressed by columnists are their own and do not necessarily represent the views of Townhall.com. 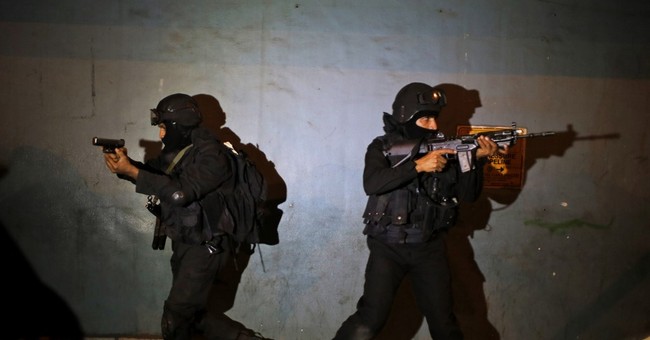 Imagine sacrificing to send your children off to college---forking over thousands of dollars, so they can have a future. Then they end up in an introduction to psychology class…where they are taught that Christians are more dangerous than radical Islam.

At a recent “Introduction to Psychology” class at the University of California, Merced, Dr. Ross Avila raised quite a few eyebrows. Thecollegefix.com (1/11/16) reported on this class, which happened this past fall.

, Avila can be heard to claim that terrorism on American soil by foreigners, e.g., Muslims from other countries, is a myth (beyond 9/11) and that white Christian men commit the most terrorism in America.

He says that since 9/11, about 90 percent of those who perpetrate terrorist attacks in America are “white, Caucasian men….usually, the people who are religiously motivated and politically conservative. And these are the type of people we always think of being like really against terrorism.”

To bolster his case, the professor cites an example of a supposedly Christian man who attacked the Texas state house with an AK-47 and “literally fired around 60 rounds at the state house…. that’s an act of terrorism….Did you hear about that?”

I had not heard about it, and only one person in his large class had. Avila said if the would-be attacker had been Muslim, we all would have heard about that case.

As it turns out, the Austin shooter, though he was killed by the police, did not injure anyone else---though not for a lack of trying. He did indeed have right-wing political motivations and identified with a tiny, fringe “Christian identity” heretical sect, the likes of which have been roundly denounced by Christians of all stripes.

But can we seriously believe that attacks like this constitute the majority of attacks---and that such wacko militia types have amassed a higher body count since 9/11?

Professor Avila’s erroneous assertions were apparently drawn from a 2015 New America Foundation study, which claims that in the last 14 years, 48 Americans were killed because of “right wing attacks” versus 45 killed by “violent jihadist attacks.”

Robert Spencer, the best-selling author on all things Islamic, is the author of the new book, The Complete Infidel’s Guide to ISIS. He maintains the website, jihadwatch.org. I have interviewed him numerous times to get a Jihad update.

In a 1/19/16 post, Spencer says, “Contrary to media myth, you’re actually 62 times more likely to be killed by an Islamic jihadist than by a ‘right-wing extremist.’ Professor Andrew Holt shows that…the New America Foundation wildly exaggerate[d] the threat of ‘right-wing extremists,’ and fudge[d] the data to do so…”

I reached out to Robert and asked him for a statement on the professor’s remarks for this column. He emailed me: “Academics such as this professor are convinced that Muslims, as (in their view) non-Christian, non-Western, and non-white, are and can only be victims of the aggressive, imperialist and colonialist West.”

Spencer adds, “Accordingly, they will go to any lengths, no matter how absurd, to exonerate Islam of the crimes committed daily in its name and in accord with its teachings, and to denigrate Christianity, which they find much more noxious and threatening than Islam.”

Spencer notes, “Their views, however, are so tremendously contrary to fact that they are clearly impervious to all actual evidence and sound reasoning.” Facts are stubborn things, to paraphrase John Adams.

The bias of many college professors today toward traditional Christianity is deep-seated. Several years ago, World magazine reported (8/18/2007) on a study conducted by Gary A. Tobin, president of the Institute for Jewish and Community Research. He wanted to find out how prominent anti-Semitism was among faculty members. Thankfully, it turned out to be very low.

In this study of 1,269 college professors from 712 separate colleges and universities, they found only 3 percent of professors were biased against Jews. But what about evangelicals? World reports: “53% [of professors] admitted to harboring unfavorable feelings toward evangelicals.” Tobin said, “The prejudice is so deep that faculty do not have any problem justifying it. They tried to dismiss it and said they had a good reason for it.”

Thus, I suppose it should come as no surprise that a college professor would promote the idea that we need to worry more about alleged “Christian terrorism” than Muslim terrorism.

I would add that Jesus taught us to love even our enemies. Christians, of course, have not always lived up to that. But that is in contrast to the plain teaching of “Fight against those who believe not in Allah.” Politically correct attempts to divert our attention from the real threat can only endanger us all.