With Demographics, What's Too Young, Too Old, And Just Right For Growth? 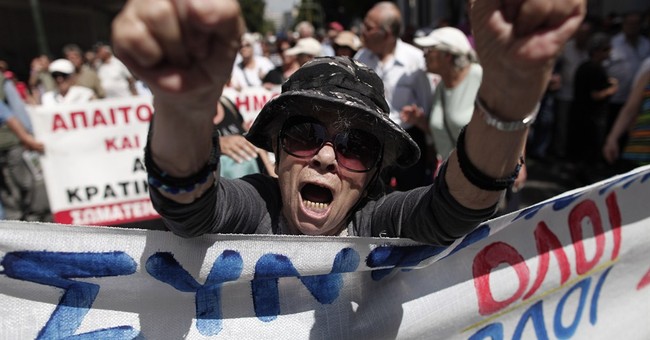 A very important set of factors for growth and stability involves the age of the population. Three metrics stand out:

First is the median age of the population.

Second is the ratio of the number of underage people to those of working age.

Third is the number of retirement aged people to those of working age.

These metrics show that there is much more to demographics and economics than just the commonly discussed issue of the effects of too many old people depending on too few young people for public pension plans.

For example, we see that the data show that when the median age is too low, say late teens or early twenties, it tends to suppress both per capita and overall GDP growth rates. But as the median age rises, growth rates for both individuals and nations rise until the average age is in the low 30s, and growth rates fall as median age rises further. In other words, according to the data sets we’ve looked at, the sweet spot for economic growth is a work force in which roughly half is under 30 and roughly half above.

Does this mean that those countries are the wealthiest per capita? Not at all. The data show that in general, the older the country, the wealthier per person.

But of course, that’s because old countries are countries without a lot of children, and children are in the short run consumers, not producers. People tend to be in their peak earning years in middle age, say about 50. A couple in their 50s tend to be higher income than average, and if they have only one offspring then they are typically even richer. A country made up of well-educated 50 year olds is like a corporate retreat with all the trimmings. Greying at the temples, it’s already arrived and peaked and beginning its decline: wealthy, but with very little growth potential, and its best days behind it.

One of the problems with an older society is the attitude towards risk. Yes, some people start their first business in their 50s or 60s, but that is just not the normal pattern. Mortgages, tuition for kids, habit, stamina, opportunity costs, all these things conspire to make it harder for the well-established middle aged person to leave it all behind and start over with a new business. Some do, but some are not most. And it’s not just a matter of what one invests one’s time in, but also of what one invests one’s money in. The valuation data-set below clearly show that societies which skew young (as measured by the young age dependency ratio) tend to place a low value on bonds.

But countries which skew older (as measured by the old age dependency ratio) tend to place a  high value on them.

Putting demographics somewhere near the center of your economic thinking is nothing less than putting the human person back into the center of the economy. Once we get away from the pseudo-world of abstract forces and back towards human relationships, the principles that are obvious in our own experience should become obvious in our economic reasoning as well. We know those principles already: it takes people to produce things; children are an economic challenge in the short-run, but wonderful benefits in the long run; young people help add vigor and new ideas to the world; sometimes young people in too great a concentration and in too great a number do things which are so risky that they become dangerous; older people add wisdom and restraint; but old people can become too nostalgic and sometimes stand in the way of genuine progress. If people are what matters when we’re talking about families and neighborhoods and businesses, then people are what matters when we’re talking about nations too.

Mr. Bowyer is the author of "The Free Market Capitalists Survival Guide," published by HarperCollins, and a columnist for Forbes.com.