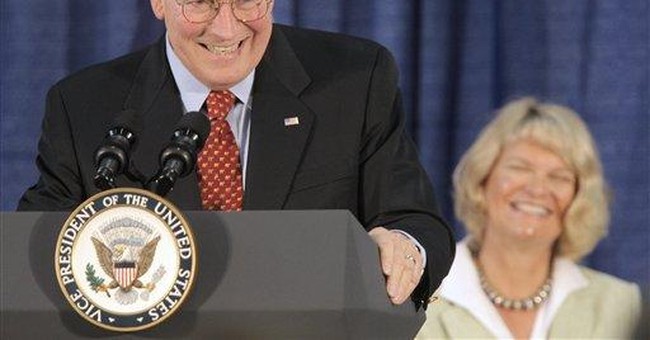 Check the date, Churchill was speaking during the depths of the Nazi onslaught. And he was speaking to school children. The quote above is the text of his entire commencement speech to those boys. He rose, stepped to the podium, uttered those two sentences and sat down. Few people could have gotten away with that.

As I hear about the death knell of conservatism, I’m reminded of Churchill. He won WWII, and then lost the next election to a Fabian socialist named Clement Atlee. Brits had become tired of risk, tired of war, tired of privation and so they gave the reins to a man of the left. Atlee began to commandeer large swaths of the economy. In fact, my favorite Churchill story is the one about the time that Churchill was standing at the urinal in the men’s room of the House of Commons. Atlee came into the room and stood at the urinal next to Winston’s. Churchill looked up at him, zipped up, moved a couple of urinals farther down and resumed his business. “Why Winston, I had no idea you were so modest.”, said Atlee. “It’s not modesty, Prime Minister. It’s only that every time you find something that is large and functions well, you try to nationalize it, and I thought it best not to take a chance!”.

Atlee did nationalize whole industries, and the industries and the political opposition resisted. The things that were large and functioned well in the private sector, got larger, but did not continue to function well under socialism, and eventually, Churchill won back the office of Prime Minister.

We will win too. But it won’t be with same crew that brought us to defeat. Let me say in print what so many of us believe in our hearts: the present generation of conservative leaders has failed us miserably. For the most part, congressional republicans are a village of pygmies. Few have genuine leadership qualities. Fewer still can compose a clear English sentence in defense of our ideas. Our president, whom I love, certainly cannot. Our nominee is a man who spent too many decades in the DC Skinner Box where he learned to flinch every time his inner Reagan threatened to say something true about the left. Sen. McCain said in his most recent appearance on Meet the Press that he had appeared there more than any other guest in its history. He thought that was a good thing. I thought, “That’s why he’s losing.”

How could he have possibly believed that he could win an investor-bashing bidding war with a utopian socialist?

For the most part, our conservative intellectual establishment is a herd of antelope crowded around a few springs of conservative foundation money, taking no real chances, and forming a ring in which they see and hear only members of their small and shrinking herd. When someone appears who they haven’t met, a Palin for instance, they close ranks and exclude the newcomer and reinforce their own tiny circle even more strongly.

I go to DC fairly often, and I find the old guard of conservatives every bit as out of touch with my neighbors and I as the liberals are.

It’s not us; it’s them. The elements of the Reagan coalition remain alive and intact: practicing Christians and Jews, military families, investors, entrepreneurs – they’re all at least as large and probably larger than they were when Reagan convened them in 1980. We didn’t shrink, but our leaders did. After every revolution, the careerists step in. The guys who see a good job in politics or advocacy are a completely different personality type than the guys who leave a good job to go and change the world.

Here’s what you’re looking for:

If you flinch every time your leader speaks, he’s the wrong guy.

If Congress, staffer, policy analyst, etc. is the best job this guy could have ever gotten, he’s the wrong guy.

If he’s lived in DC more than a decade, he’s probably the wrong guy.

If he sounds like the people on TV and not the people in Church, temple, work, or the Rotary, he’s the wrong guy.

If he uses hackneyed phrases like ‘traditional family values’ and ‘tax and spend liberal’ instead of normal English, he’s the wrong guy.

If you wouldn’t hire him to run your own business, or recommend him to the owner of the company that you work for, then he’s the wrong guy.

History has handed us the founding fathers’ worse nightmare: a hyper-articulate, hyper-charismatic man who has a low view of the constitutional limits of government. It’s going to take the founding fathers’ best dream, a citizen-soldier of wisdom and achievement to get us back on track. He (or more likely, she) is out there already.