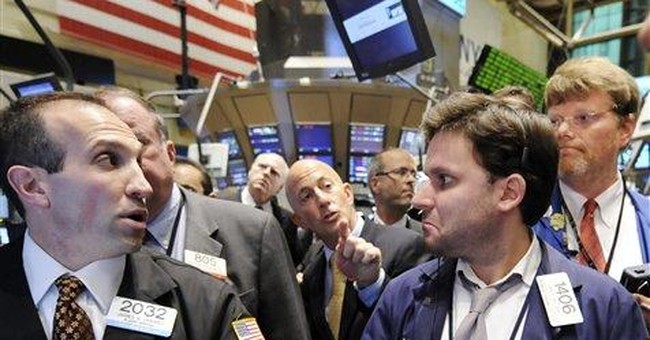 I know that you’re deluged with people who are sure that they see what’s wrong and what should be done. As for me, I’m not remotely sure, but I’ve looked at the data and read the plans and chewed it over and (yes, I’m not ashamed to say) prayed it over. As Saint Clint Eastwood said, “A man’s got to know his limitations.” I’m only too acutely aware of mine.

We’ve already talked about the Community Reinvestment Act. I and others such as Larry Kudlow had started in on that topic over a year ago and it has now broken out into the general discussion. The left has tried to rebut the notion, but the rebuttals have been weak and misleading arguments.

Ditto for so-called fair value accounting, which has been discussed extensively by Kudlow, Forbes, Wesbury, Isaac, Malpass and yours truly. But this needs even more scrutiny. According to Bill Isaac, mark to market or fair value accounting has wiped 500 billion dollars off the balance sheets of US financial firms. That’s bad. But even worse is that under fractional reserve banking that money is levered 10 to 1. If a regulation forces a bank to take 500 billion out of capital/reserves, then it forces the banks to pull back 5 trillion dollars in credit.

Think about what a five trillion dollar hit means in an already economically precarious world, and I think the market meltdown makes perfect sense. The trillion and a half dollar rescue plan only restores a fraction of that, and furthermore might worsen the fair value problem. This negative auction will depress the value of the securities, and establish a very low ‘market’ value, which the SEC will then force all the other banks to show on their books. It seems to me that the investor class is voting no on what it’s hearing out of Washington. It sees five trillion dollars vanish from the central credit system and it subtracts, share by share, sector by sector, day by day, minute by minute that five trillion dollars in value from the bottom up.

Yes, the government might be able to rescue the credit system, but political populism will force them to sacrifice the shareholders. Shareholders know that neither of the two angry populists who are running for President will care one whit for them. The congress will take zero responsibility for the crisis which it brought to us, and the investor class will be blamed.