Why I Love Big Government 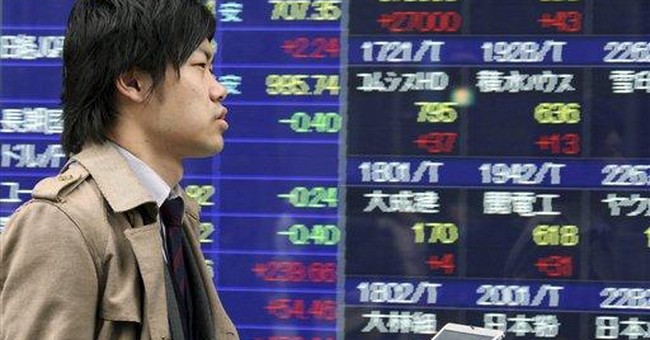 If I had a job I would send all of my money to the Illinois general fund.  I do have savings but I have committed them to Washington.  I really want to do my part.

I was against government taking all of my money until Paul Krugman opened my eyes to the multiplier effect of public spending.  Krugman claims that a dollar spent by government raises the GDP a buck and a half.  I don’t think even Bernie Madoff promised that kind of return.

I suggest Krugman do everything he can to get the federal government to take over the New York Times.  I mean, it is pretty obvious the paper can’t get a fifty percent return these days, and without the Times I would not have been exposed to Krugman’s magic money theories.

Here in Illinois I was set straight by Ralph Martire of the Center for Tax and Budget Accountability who said, “The tax increase, if done right, will actually grow our economy."  His group promises fifty nine cents on the dollar.  In Illinois we do big government right.

They also promise that, “The economic benefits flowing to the state from infrastructure investments could be increased significantly at no cost to Illinois taxpayers, to the extent federal matching dollars can be leveraged by state investments.”  Some people think that Illinois tax payers are also federal tax payers, but those people should stop thinking.

I am told that if government spends less, there is less spending in the local economy.  I was wondering where the government money came from in the first place and whether it would have been spent in the local economy anyway, without a lot of it being used up along the way in useless bureaucracy.  I was told that I should stop thinking.  Non thinkers are good for the economy.

Last year Illinois spent $550,000 for the conservation of pheasants.  Those birds will grow up to be productive members of society.  They may qualify for an arts grant out of that $16 million dollar pot.  As long as there are starving artists, I don’t need to eat.

The only problem I have is in understanding why Governor Quinn only wants to raise the Illinois income tax by 50%.  And why is Obama piddling around in hundreds of billions when there are clearly trillions more out there in need of that magic multiplier? If we can profit by a shiny fifty cent piece for every dollar we invest, why be timid?  Bet the farm.  Go all in.

Many of my friends are critical of Obama’s bailout program.  They still think that money is better spent by the people who earned it.  They still believe in capitalism.  They have this silly notion that the person the government got the dollar from may have had a better idea of what to do with it.  They talk about lost opportunity.

What my friends mean by lost opportunity is that the chance for the private citizen to use that dollar in some other way is lost to both him and to the economy.  But do you think that the citizen’s plan to buy shoes for his baby or start a business is going to be better thought out or taken advantage of than whatever the government does with the money?  Me neither.

But, good news; I may not need another job after all.  Obama and Quinn are waving the multiplier wand like Gandalf on steroids.  Krugman doesn’t seem to think it matters where they aim the wand, so long as massive public spending occurs.  Well, I am already out of work, so that makes me a shovel ready project.  Take all of my money, turn around and spend it on me, and keep the profit.   That’s a win/win.  Why should I work?  Why should you?

Remember that lady who said that Obama would pay her mortgage and fill her gas tank?  I owe her an apology.

Some countries have already set up centrally managed economies.  I bet they did fine and that everybody got rich.  I bet they never had to stand in line for beets, or drive a ‘52 Cadillac for 52 years.  I mean, otherwise, politicians wouldn’t be spending more and more of our money would they?