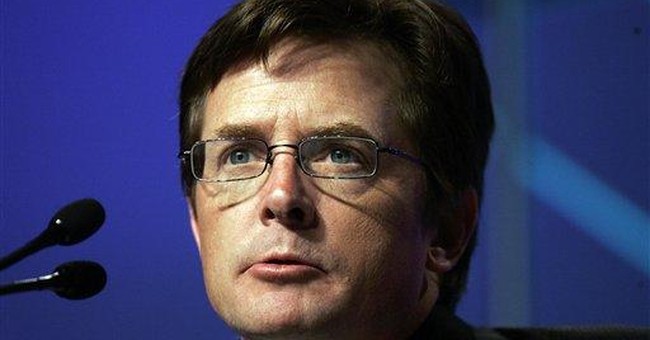 It is a common, if weak debating device to bring up a revered figure long gone and invest him with the debater’s opinion.  "If Martin Luther King were alive today he'd..."  "Ronald Reagan would never have..."  "The Founding Fathers are rolling over in their graves because of..."

This happened immediately with William F. Buckley as liberal commentators, upon hearing of his death, tripped one another in order to be first in print and on the air saying how much they respected him as opposed to "conservatives today."  Many of these people didn't like Buckley when he was alive, which I remind you was only about two weeks ago.

Buckley, I think proves my point.  Had he died several years ago I am sure many today would say with certainty that he would be supportive of the troop surge and the policies of President Bush in Iraq.  In fact, he came lately to speaking against the war.

We have no idea what King, Reagan, Lincoln or any other historical figure would say in regards to the issues of today.

In contrast, the article "Just what would Alex Keaton do?" attempts to determine who the smart, conservative, self assured young Alex would vote for today and is reasonable in doing so for this reason; the article's author, Gary David Goldberg, created the character.

It is like when we learned that Albus Dumbledore of the Harry Potter books is gay.  "Who says?"  J.K. Rowling says, and so that is all there is to it.

So Goldberg weaves a fair and compelling tale of Alex's loyalty to his principles and his frustration with current choices, especially McCain.  That is straight out of the conversation on blogs and talk shows featuring conservatives today.  In the end he has his man somewhat reluctantly, but with a leap of faith - hope - pull a lever for Barack Obama.  That is the creator's prerogative.

But Goldberg slips in the middle of the exercise.  It is difficult to write a character different from yourself and to have that character ring true, especially with those most likely to know him if he were actually real.  It is too easy to lose the character for just a moment and have him say something that you would say; something that he would instantly speak against if you would let him.

Goldberg writes of Alex Keaton, "So, it's hard to picture Alex in a party that seems to be waging war against science."

Well, I didn't create Alex Keaton but I know him.  Many of my friends were him when they were in high school and they were the smart kids.  Far from waging a war against science they understand it well enough to have smart questions.  Just because much of the media and Hollywood won't listen to scientists who disagree with some of what Al Gore says about our impending meltdown doesn't mean there isn't real science behind their argument.  Smart people would address both sides of the debate.  Alex Keaton was a smart kid.

A lot of the media ignores the huge and growing success of adult stem cells.  They seem unwilling to fully acknowledge recent successes in manipulating skin cells to the kind of pliability we are still so often told will only be possible by killing embryos.  That doesn't change the fact that there is real science behind the arguments of the anti-embryo people, not just backwards religious ignorance as Goldberg suggests.

In 2001 President Bush said, “I also believe that great scientific progress can be made through aggressive federal funding of research on umbilical cord placenta, adult and animal stem cells which do not involve the same moral dilemma.”  More and more he has been proven right.  Yet Goldberg thinks Bush is at war with science.  Perhaps Goldberg is at war with current events.

Goldberg writes that Keaton believed in "the true conservative belief in the competitive marketplace of intellectual ideas."  I am sure he did.  He also, "believed in the power of science and the free exchange of scientific ideas."  Good, that makes him a typical conservative.  It does not make him a Hollywood liberal or a news editor willing to present one side as science and the other side as ignorance, if it is presented at all.

Michael J. Fox suffers from Parkinson's disease and famously lobbied for embryonic stem cell research that he was sure would offer him a cure.  Conservatives want to see Fox and all other people who suffer from injuries and diseases cured of their afflictions.  So far the actual results in the stem cell world point to the real possibility of that cure coming from adult cells, not embryonic.

Goldberg created Alex Keaton, so it is perhaps presumptuous of me to say anything about how the character would think in any situation, but if I defer to Goldberg's assurances that Keaton believed in science and ideas, then I have to believe he would be horrified to think his creator apparently ignores global warming science, seems behind the curve on stem cells and sees conservatives as Luddites.

Perhaps the creation could teach the creator.