The Looming Entitlement Disaster Can Be Averted

Jenny Beth Martin
|
Posted: May 03, 2019 12:01 AM
Share   Tweet
The opinions expressed by columnists are their own and do not necessarily represent the views of Townhall.com. 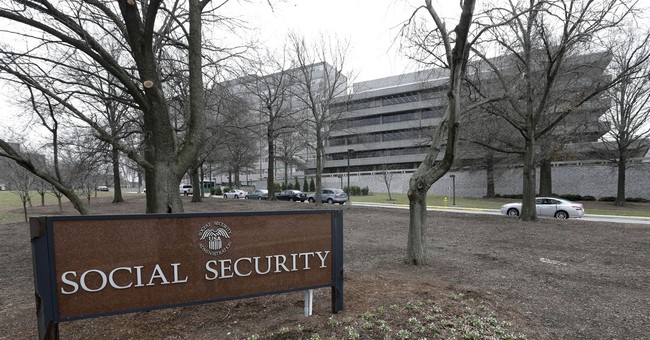 In 2020, for the first time since 1982, Social Security’s costs will exceed its income, and the system will be forced to dip into its nearly $3 trillion trust fund, says the annual report released Monday by the trustees of Social Security and Medicare. Further, if no changes are made, say the trustees, that trust fund will be depleted by 2035, and beneficiaries will only be able to count on drawing reduced benefits worth about 77 cents on the dollar.

That’s the GOOD news. Seriously – in LAST year’s report, the trustees projected that Social Security’s costs would exceed its income LAST year, and projected that the Social Security trust fund would run dry a year earlier, in 2034. Lower-than-expected benefit payments combined with higher-than-expected payroll tax revenues and taxation of benefits payments to change the calculus for the better.

And Medicare? The Medicare trust fund, the trustees say, will be depleted in 2026. That’s just seven years from now.

First, to the liberal politicians talking about it, a transition to a “Medicare for All” single-payer healthcare system should be off the table for any reasonable aspirant to the highest office in the land. How can you argue with a straight face that we should massively expand Medicare when the current system is already financially unsustainable? That would be like taking on new passengers on a ship that’s already sinking.

Second, regarding our fellow citizens: It’s time to recognize that we’re all in this together. Sooner or later, someone is going to have to pay the tab. And from where I sit, the people who pay the tab should be the people who ate the meal – not their children, who weren’t even at the table.

For decades, Americans have been on the receiving end of what should have been taxpayer-provided benefits but were instead government-borrowing-provided benefits. That is, instead of paying for what we consumed as we consumed it, via taxes levied against those who consumed the benefits, we chose to shift the costs, by paying for current consumption with borrowed funds to be paid back by future generations.

Over the last four decades, we have received and consumed $22 trillion worth of benefits we haven’t paid for. We’ve just put it on the national credit card, to be paid by people for whom we didn’t even do the courtesy of asking permission.

Social Security and Medicare are much the same. Politicians seeking our votes made promises to deliver benefits while shielding us from the changing demographics and changing costs of the system.

When Social Security was created, to establish some kind of retirement security for American citizens over the age of 65, the average American lifespan was less than 62. In 1940, less than one percent of the American population was 65 or older, and for every beneficiary drawing benefits, there were 16 workers paying into the system.

Today, the average American lifespan is almost 79 years, almost 20 percent of our population is 65 or older, and there are only three workers paying into the system for every beneficiary drawing benefits.

Imagine being on the foredeck of a ship, navigating through an iceberg field, except it’s the middle of a sunny day. You see a massive iceberg dead ahead, miles in the distance.

You know that if you don’t change course, you’re going to crash, and then sink. The good news is, because it’s a sunny day, you see the iceberg, and because it’s miles ahead of you, you’ve got time to change course.

That’s where we are with our entitlement programs. We can see the disaster looming ahead of us, and we’ve got time to correct course – but time is running short, our citizenry seems determined to whistle past the graveyard, and our political leaders are afraid to make the changes necessary to avoid the iceberg.

That’s a recipe for disaster. And if it occurs, we’ll have nobody to blame but ourselves.