Jeff Jacoby
|
Posted: Jun 28, 2017 8:20 PM
Share   Tweet
The opinions expressed by columnists are their own and do not necessarily represent the views of Townhall.com. 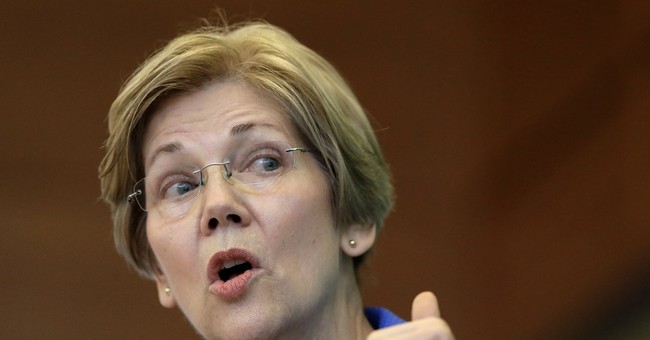 Remember how liberal politicians promised to tone down the partisan rhetoric after a heavily armed Bernie Sanders fan opened fire on GOP lawmakers taking batting practice on June 14? Remember how they signed on to a "pledge of civility?" Remember how they said they would use the near-massacre as a jolt that "brings us together"?

You don't remember? Apparently they don't either. For no sooner had Senate Republicans released their proposed health-insurance bill last week than Democrats were once again dialing the hate speech up to 11.

Before Representative Steve Scalise was even out of intensive care, Democrats were back to calling his party and its legislation not just "heartless" and "evil," but downright homicidal. Sanders, in a tweet he later deleted, charged Republicans with "trying to pass a bill that could kill up to 27,000" in order to "give tax cuts to the wealthy."

Massachusetts Senator Elizabeth Warren, in her usual caustic style, said the legislation amounts to "blood money" and that "people will die" if it is enacted. Hillary Clinton added to the slander: "If Republicans pass this bill, they're the death party."

So much for dialing back the unhinged rhetoric.

The toxic contempt that so many prominent voices on the left bring to the public discourse is by now wearily familiar. In 2009 Sarah Palin was disdained for claiming that Obamacare would empower "death panels." Yet liberals and Democrats in 2017 not only insist ad nauseam that Republicans want to kill people, they won't stop saying such things even after one of their own tries to perpetrate a massacre.

I've no doubt that many of those playing the death card sincerely believe that rolling back Obamacare will keep thousands of Americans from getting lifesaving medical treatment. Human beings have a great capacity for convincing themselves that their opinions and prejudices are obvious truths — particularly when they have a strong political incentive to believe it.

In my view, the keening on the left about how the GOP bills will strike people dead is sheer hysteria. For years, it has been a familiar liberal claim that if conservative policies prevail — on health care, on fossil fuels, on welfare reform, on abortion rights, on the Second Amendment, even on rent control — more people will die. The dire warnings about rewriting Obamacare are just more of the same.

But for the sake of argument, let's take the claim at face value. If changing Obamacare is a prescription for higher death rates, that must mean enacting Obamacare led to lowerdeath rates.

When Barack Obama came to office, mortality rates in the United States had been declining for decades. By the time he left the White House, deaths were on the rise. According to the National Center for Health Statistics (NCHS), America's overall death rate rose by 1.2 percent in 2015 (the most recent year for which data is available). It marked the first significant increase in death rates since 1999, and it was broad-based:

"Increases occurred among white men and women as well as black men," The Wall Street Journal reported. "Death rates rose for eight of the top 10 leading causes of death," including respiratory diseases, injuries, Alzheimer's, diabetes, kidney disease, and suicide. Most ominous was the increase in deaths from heart disease, which is the nation's leading killer.

As a result of the climbing death rate, US life expectancy shrank — something that hadn't happened since the early 1990s, when AIDS and homicide were cutting down tens of thousands of lives each year.

It isn't clear why Americans are dying at higher rates. But this much is plain: In the aggregate, the Affordable Care Act hasn't kept more people alive. So lawmakers who supported the law should be accused of sending more Americans to their graves, right? Defenders of Obamacare should be smeared as "heartless" and "evil" and the "death party." Shouldn't they?

Of course they shouldn't. Obamacare is a grievously flawed government program, and its implementation has coincided with higher death rates. But it would be vile to scream "Killers!" at the Democrats who passed Obamacare. It is no less vile to scream it at the Republicans who want to repeal it.