Jeff Jacoby
|
Posted: Jan 29, 2017 3:45 PM
Share   Tweet
The opinions expressed by columnists are their own and do not necessarily represent the views of Townhall.com. 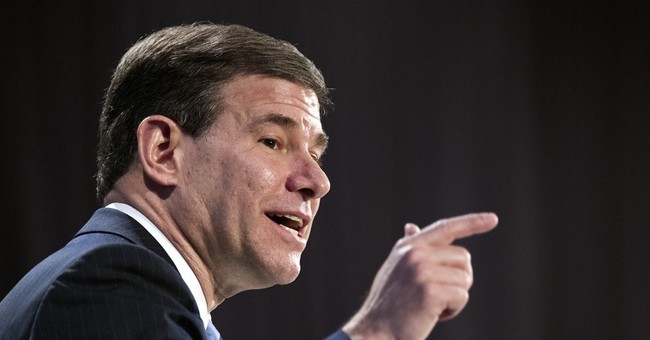 Buckle up: With Donald Trump's first Supreme Court nomination expected this week, Washington is preparing to hurl itself into a fresh political brawl. Already some liberal groups have pledged to oppose any conservative Trump selects to fill the vacancy caused by Justice Antonin Scalia's death last February. The Senate Democratic leader, Chuck Schumer, has said he will fight "tooth and nail" to defeat any judge who is "out of the mainstream" — which Schumer has pretty much defined as any nominee "that Donald Trump would choose that would get Republican support."

Soon the Senate Judiciary Committee will convene amid much pomp and pageantry to grill the nominee in a new installment of one of the nation's most pointless and frustrating rituals: the Supreme Court confirmation hearing.

Everybody knows what to expect when Trump's pick goes before the committee. He (or she) will be pressed for his view on controversial legal issues, or asked whether he thinks this or that Supreme Court case was properly decided. There will be much chin-wagging about "stare decisis" (the principle that precedents should not be disturbed) vs. "judicial activism." He'll be asked whether the Constitution should be interpreted as a "living" document or in the light of its original meaning. He will give answers that are vague, windy, and uninformative. And if pushed to answer a pointed question on a topic people really care about, he will invoke the so-called "Ginsburg rule" and decline to comment, on the grounds that the issue might in the future come before the court.

The superficiality of confirmation hearings is, ironically, a matter on which left and right fully agree. When John Roberts appeared before the Judiciary Committee for confirmation as chief justice in 2005, then-Senator Joe Biden, a Democrat, complained about "this Kabuki dance we have in these hearings," in which nominees tap dance and shuffle but never say what they "think about fundamental issues facing them." Senator Charles Grassley, a Republican, agreed: "It seems like the less they say to the committee, the better off they are."

On the other hand, Supreme Court justices, whatever else they disagree on, are unanimous in declaring that substantive questions must be off-limits during the confirmation process.

The latest justice to make that claim is Sonia Sotomayor, who told an audience at Arizona State University on Monday that legislators have no business asking judicial nominees about their views and intentions. "Any self-respecting judge who comes in with an agenda that would permit that judge to tell you how they will vote is the kind of person you don't want as a judge," she said. Instead of asking nominees about important public issues, Sotomayor suggested, senators should inquire into judges' character: "Do they treat others with respect and dignity?" Or they should be asked to identify cases in which their rulings conflicted with their personal feelings — because that is a mark of "a judge who's following the rule of law."

Supreme Court nominees should absolutely be required to provide meaningful answers to serious questions about legal and constitutional matters. They are seeking confirmation to a lifelong position of enormous power and influence. Their decisions will shape American life and law for years to come; the authority they wield on the nation's highest court will outstrip that of any senator voting on their confirmation. They will be empowered to uphold laws or strike them down. When they issue a ruling, it will stand — there is no appeal from a Supreme Court decision. Given the stakes, it is reckless in the extreme to confirm a Supreme Court justice without probing his views. Yet the Senate does it all the time.

Roberts and Sotomayor avoided substance during their confirmation hearings, as have most Supreme Court nominees in recent decades. But it's not too late for senators, Republican and Democratic alike, to start fulfilling their responsibility. That means asking questions that go to the heart of the job of a Supreme Court justice — questions about constitutional interpretation, about when to uphold precedent or overturn it, about the tensions between popular sovereignty and judicial finality. And it means refusing to confirm a nominee who won't answer such questions.

For too long, judicial confirmation hearings have been treated as occasions for content-free equivocation and speechifying. Isn't that a crazy way to conduct the most consequential job interview in American public life?