Freedom of Association Isn't Just for the Rockettes

Jeff Jacoby
|
Posted: Dec 28, 2016 10:53 AM
Share   Tweet
The opinions expressed by columnists are their own and do not necessarily represent the views of Townhall.com. 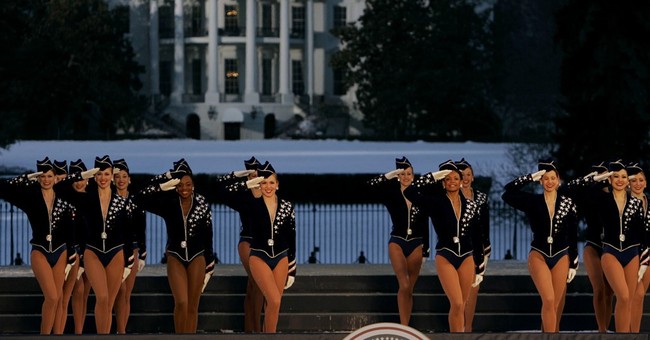 LIKE EVERYTHING ELSE connected to Donald Trump, even the entertainment at his inauguration is generating controversy. The stories have been a godsend to the talk-shows and tabloids. But they have also provided a reminder of something too easily forgotten: Freedom of association is a vital human right.

According to news accounts, Jackie Evancho and the Mormon Tabernacle Choir are slated to sing during the inaugural festivities; Elton John and Andrea Bocelli have let it be known that they're staying away. The Radio City Rockettes will be part of the show — but any dancers who wish to opt out are free to do so.

Critics left and right have been lobbing attacks. Liberals on social media have inundated Evancho with hateful comments for agreeing to perform for Trump, while conservatives have mocked the entertainers steering clear of the Trump revels as "preening peacocks" choosing to "pout" because Hillary Clinton lost the election. Phoebe Pearl, the Rockette who posted on Instagram that she was "embarrassed and disappointed" at the prospect of dancing for Trump — or "#notmypresident," as she described him — was both praised and blasted after her message went viral.

The divisiveness doesn't stop with the inaugural entertainment. Heat Street reported that many Washington-area homeowners who had planned to rent out rooms through Airbnb pulled their listings once they realized that they wouldn't be sharing their homes with Clinton enthusiasts. "I have a visceral reaction to the thought of having a Trump supporter in my house," one owner said. "No amount of money could make me change my mind. It's about moral principles."

Others putting their money where their anti-Trump principles are include fashion gurus Sophie Theallet and André Leon Talley, who announced that they will refuse to dress Melania Trump, a former model, out of revulsion for her husband. "You make the choice to be in Trumpland or you make the choice to eject yourself from the horror of Trumpland," Talley told the New York Times. "I've made my choice not to be part of Trumpland."

There are also the artists who have publicly asked Ivanka Trump to remove their artwork from her walls, and celebrity chef Anthony Bourdain, who says he will boycott any restaurant in Trump's hotels.

And if a caterer turns down a request to prepare the meals for Trump's inauguration? Or a florist declines to provide the floral arrangements? Or a calligrapher says "thanks but no thanks" to addressing the invitations? I'd back them, too, and for reasons having nothing to do with Trump or Republicans or inaugurations — and everything to do with freedom of association.

Freedom of association, like all freedoms, isn't absolute. Common carriers, innkeepers, and vendors open to the public are barred by law from refusing to serve customers because of their race, religion, or sex, for example. But when it comes to providing personal services to others — whether the service is cleaning homes or singing the national anthem or taking photos — coercion is anathema. It would be ludicrous for the Trump committee to sue Andrea Bocelli or Phoebe Pearl to compel their involvement in the inaugural. It is just as ludicrous, or ought to be, to sue florists and bakers to compel their involvement in weddings they prefer to avoid.

Tolerance and pluralism are important values in a free society. So are choice and association. Your choices may not be mine; my preferred associations may not be yours. In a diverse, live-and-let-live culture, our differences are manageable — as long as government doesn't interfere. The state can't force Elton John to take a gig he doesn't want. It shouldn't be able to force anyone else to, either.