On Immigration, I've Become a Dissident on the Right

Jeff Jacoby
|
Posted: Jan 13, 2016 10:02 AM
Share   Tweet
The opinions expressed by columnists are their own and do not necessarily represent the views of Townhall.com. 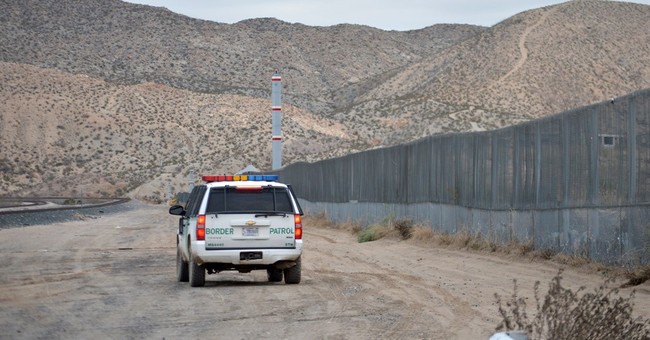 Ramesh Ponnuru, a respected editor and writer for National Review, argues in a recent essay that immigration restrictionism "is rapidly becoming a defining issue for American conservatism." It isn't just that Republicans and conservatives increasingly support tighter control of immigration, Ponnuru writes, but something more overarching. Where a candidate stands on immigration is turning into a litmus test for conservative fidelity. That explains why Marco Rubio, despite his unabashedly conservative voting record, finds himself being scorned in some circles as a "moderate" Republican: because he supported a bipartisan bill that would have expanded legal immigration and offered a path to citizenship for illegal immigrants.

Immigration hardliners don't agree on everything. Some demand a fence along the entire Mexican border, some want all illegal aliens forcibly deported, some urge that even legal immigration be halted. But this, says Ponnuru, is the "new political reality: A hard line on immigration, however it is defined, is now part of the conservative creed."

It pains me to think he may be right.

I have been a committed conservative since I was in my teens. My politics have been shaped around fundamental conservative values — individual liberty, limited government, free markets, opposition to tyranny, respect for religion, the indispensability of civil institutions, gratitude for America and its blessings. I vote Republican more often than not, but I am no GOP loyalist. My allegiance is not to any party, but to conservative ideals.

One of those ideals has always been the encouragement of immigration as an engine of American progress and prosperity. I grew up in Ohio, a state filled with Americans-by-choice — including my father, who came from Czechoslovakia in 1948. As my conservatism deepened, so did my conviction that an open and welcoming immigration policy was a self-evident part of the conservative creed. In one of my earliest columns for the Boston Globe, a plea to open the door to Haitian refugees, I described immigrants as the great "growth hormone" of American history. "The vast majority of immigrants repay their adopted homeland with energy, enthusiasm, hard work, and new wealth," I wrote.

I wrote it as a Republican-leaning conservative. Twenty-two years later, my view hasn't changed. I'm distressed that that of so many Republicans and conservatives has.

Just a few election cycles ago, immigrant-bashing and seal-the-border nativism was limited to a relatively narrow sliver of the political right — the likes of culture warrior Pat Buchanan, TV personality Lou Dobbs, and former Arizona congressman J.D. Hayworth. Far more prevalent was the pro-immigration approach of Ronald Reagan, the most influential American conservative of modern times.

Reagan endorsed open borders long before becoming president, championed that view as a candidate for the White House, and reiterated it even in his farewell address to the nation. Invoking a favorite metaphor — the "shining city on a hill" — Reagan envisioned America as a city "with free ports that hummed with commerce and creativity," and whose "doors were open to anyone with the will and the heart to get here."

A Republican who spoke that way today would be mocked as a sellout and a squish, trashed by talk-radio hosts who used to call themselves Reagan conservatives, but who have discovered ratings gold in stoking anti-immigrant sentiment. More than a few recent GOP candidates who espoused the Reagan vision — Mitt Romney, Rudy Giuliani, John McCain, Marco Rubio, Chris Christie — recast themselves as immigration hardliners.

I know, of course, that all ideological camps undergo change over time. I understand that in our system of "big tent" politics, heterodox opinions within a party or movement sometimes displace the reigning orthodoxy. Democrats were once the party of segregation. Republicans were once ardent protectionists. Public attitudes mutate, and political values mutate with them.

The immigration restrictionists aren't all demagogues and lemmings. Many are people I know to be thoughtful and principled — people with whom I agree on numerous issues. I think they are making a profound error on immigration. But I can't deny that the momentum, for now, is with them, and that open-the-borders conservatives like me have become the dissidents.