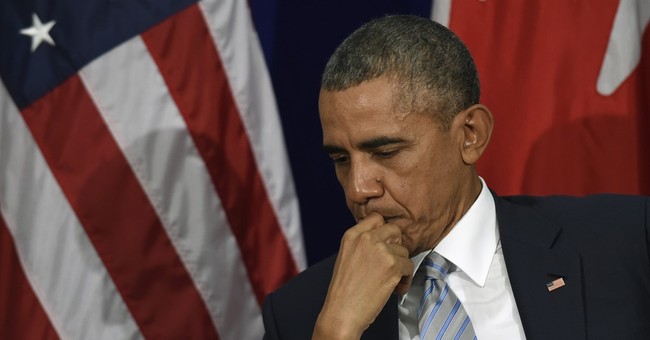 When President Obama declared 12 months ago that he intended to normalize relations with Cuba, he claimed that rapprochement with the Castro regime would uphold America's "commitment to liberty and democracy." Liberalizing US policy, the president predicted, would succeed "in making the lives of ordinary Cubans a little bit easier, more free, more prosperous."

He affirmed that message seven months later, as he announced the reopening of the US embassy in Havana. Life on the island might not be "transformed overnight," Obama conceded, but he had no doubt that more engagement was the best way to advance democracy and human rights for Cuba's people. "This," said the president, "is what change looks like."

The Obama administration's year-long outreach to Cuba has certainly been frenetic. The American flag was raised over the US embassy in August, and in Washington the Cuban embassy was reopened. President Obama held a face-to-face meeting with Raul Castro during the Summit of the Americas in Panama. The State Department removed Cuba from its list of state sponsors of terrorism. Restrictions were eased on travel to Cuba by Americans, resulting in a 54 percent increase in trips this year. Three Cabinet members — the secretaries of state, agriculture, and commerce — were dispatched on separate missions to Cuba. And plans have been announced to resume direct mail service and commercial air travel between the two countries.

The Castro brothers snapped up all these treats. They will gladly pocket more of them. But there has been no hint of the expanded freedom and democratic reforms that Obama's engagement was supposed to unlock.

Cuba remains the only dictatorship in the Americas, as repressive and hostile to human rights as ever. More repressive, in fact: Over the past 12 months, the government's harassment of dissidents and democracy activists has ballooned. In November, according to Amnesty International, there were nearly 1,500 political arrests or arbitrary detentions of peaceful human-rights protesters. That was the highest monthly tally in years, more than double the average of 700 political detentions per month recorded in 2014.

On Dec. 10 — International Human Rights Day — Cuban security police arrested between 150 and 200 dissidents, in many cases beating the prisoners they seized. As is usually the case, those attacked by the regime's goons included members of the respected Ladies in White, an organization of wives, mothers, and sisters of jailed dissidents. The women, dressed in white, attend Mass each week, then walk silently through the streets to protest the government's lawlessness and brutality. Even the United Nations, which frequently turns a blind eye to the depredations of its member-states, condemned the Cuban government's "extraordinary disdain" for civil norms, and deplored the "many hundreds" of warrantless arrests in recent weeks.

But from the Obama administration there has been no such condemnation. One might have thought that the White House would make it a priority to give moral support and heightened recognition to the Cubans who most embody the "commitment to liberty and democracy" that the president has invoked. But concern for Cuba's courageous democrats has plainly not been a priority. Particularly disgraceful was Secretary of State John Kerry's refusal to invite any dissidents or human-rights advocates to the flag-raising ceremony at the US embassy in August. To exclude them, as The Washington Post observed, was a dishonorable gesture of appeasement to the hemisphere's nastiest regime — "a sorry tip of the tat to what the Castros so vividly stand for: diktat, statism, control, and rule by fear."

For all the president's talk about using engagement and trade to promote the cause of liberty and civil rights in Cuba, his policy of détente has been wholly one-sided. In an interview with Yahoo! News this month, he was asked what concessions Havana has made over the past year. He couldn't think of any.

"Look," he said with an exasperated sigh, "our original theory on this was not that we were going to see immediate changes or loosening of control of the Castro regime, but rather that, over time, you'd lay the predicates for substantial transformation."

Cubans aren't holding their breath. Tens of thousands of them, realizing that normalization will do nothing to loosen the Castros' grip, have fled the country. More than 45,000 Cubans arrived at US border checkpoints in the fiscal year that ended Sept. 30; thousands more are trying to reach the United States by traveling through Central America or taking to the sea. It is the largest wave of Cuban migrants in decades. The American president may believe in "predicates for substantial transformation" and other such amulets and charms. Cuba's people know better.

We should know better too.

As a candidate for president, Obama promised a Cuba policy that would "be guided by one word: Libertad." If the regime in Havana wanted the benefits of normalization, he vowed, it would first have to accept democratic reforms. But Obama's foreign policy toward Cuba, like his policies toward Iran and Russia and Syria, turned out to be far more about accommodating despots, far less about upholding Western norms. His years in office have coincided with a worldwide retreat of democratic freedoms; why would Cuba be an exception?

It is clear now that the only change Obama craved in Cuba was a change in America's go-it-alone stance. Normalization was desirable for its own sake, not as a means to leverage freedom for Cuba's people.

Last week, 126 former Cuban dissidents wrote a letter pleading with Obama to reconsider his approach. Showering the Castro regime with so many benefits, they warned, will "prolong the life of the dictatorship," even as it "marginaliz[es] the democratic opposition." Alas, that doesn't trouble the president nearly as much as it troubles them. He's on his way out, and no longer has to pretend to care about the fate of beleaguered democrats.