So What if Ben Carson Is a Creationist? 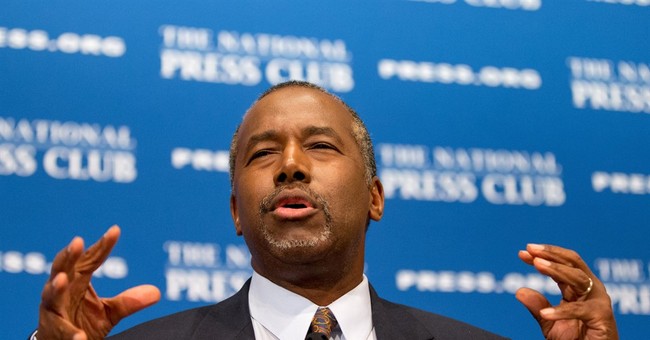 THE TV NEWS was on, and there was a story about the leading candidates in the Republican presidential field.

"So if Donald Trump gets the nomination," my liberal friend needled me, "are you going to vote for him?"

"What about Ben Carson?" he wanted to know.

I like what I've seen of Carson's personality and character, I replied, but I couldn't imagine backing someone so inexperienced for president. Then I added: "He'd make a great surgeon general, though!"

I meant it lightheartedly, but my companion was appalled. A surgeon general who doesn't accept Darwinian evolution? I couldn't really imagine Carson in that post, could I?

Now it was my turn to be amazed. Carson is an eminent physician and surgeon. He was a professor of neurosurgery, oncology, plastic surgery, and pediatrics at Johns Hopkins, and spent 29 years as the director of pediatric neurosurgery at Johns Hopkins Hospital. In a 2001 celebration of "researchers and doctors who are changing our world," Time magazine hailed Carson as one of America's best scientists and physicians. The Library of Congress, no less, declared him a "living legend." Surely even the most impassioned liberal couldn't argue that Carson, whatever his political or religious beliefs, would lack the scientific and medical chops to make a fine surgeon general, the nation's leading spokesman on matters of public health.

Nonsense, said my liberal friend. Someone who questions the fundamental scientific understanding of the development of life on earth would have little credibility on any scientific topic, including public health. Carson may be a great surgeon, but if he rejects such bedrock scientific findings, who knows what other well-founded data he would refuse to acknowledge?

It is certainly true that Carson denies that life developed through random, unguided genetic mutations over millions of centuries. It is also true that he believes in literal six-day creationism (though he's agnostic on the question of the planet's age) and that he attributes the rise of Darwinian thinking to the influence of "the Adversary," — i.e., Satan. Those are not mainstream views, but Carson has plainly thought about the subject and hasn't been shy about explaining his conclusions, in both religious and scientific terms.

To be sure, he is seeking the presidency, not the office of surgeon general or any other science-related position. But would Carson's views on evolution and Creation be such a red flag to Democrats if his views generally were more in line with left-wing priorities?

The best-known and most beloved surgeon general of all — C. Everett Koop — is remembered for his early leadership in fighting AIDS and for warning bluntly that smoking was harmful. Liberals admired him for putting public health before politics or ideology. Yet Koop, too, was skeptical of Darwinism. "It has been my conviction for many years that evolution is impossible," he wrote in a 1986 letter. Like Carson, Koop also believed that Genesis should be taken at face value, not as "something like parables." Yet those views clearly were no barrier to Koop's nonpareil service as surgeon general.

Similarly, Carson's decades of remarkable medical achievement should quell any suggestion that his biblical views about the development of life "in the beginning" have impeded his scholarship and skill at saving and improving lives in the present. All faiths (including dogmatic atheism) incorporate teachings that cannot be supported by mainstream science. Water into wine? Manna from heaven? Golden plates from an angel in New York? A universe that spontaneously created itself?

Can you regard someone's religious creed as preposterous, yet entrust the person who is faithful to that creed with public office? Of course; Americans do it all the time. I can't see Carson as president, but what I really can't see is why his religion or his doubts about evolution (neither of which I share) should even enter the conversation.