Marketplace Changes Have Made ENDA Superfluous 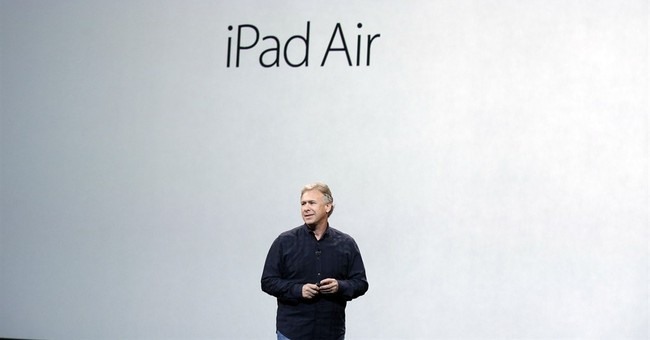 APPLE CEO Tim Cook, writing recently in The Wall Street Journal, urged Congress to pass the Employment Non-Discrimination Act, or ENDA, which would make it illegal under federal law for employers to discriminate on the basis of sexual orientation. Prejudice, Cook insisted, is bad for business. Indeed it is — as defenders of free markets have pointed out for years, irrational discrimination tends to

Thanks to the changes already produced by the marketplace, a significant addition to the Civil Rights Act is superfluous. According to the Human Rights Campaign, the influential gay-rights organization and a prominent supporter of ENDA, nearly 90 percent of companies in the Fortune 500 have explicitly banned employment discrimination against gays and lesbians. As of April, only about 60 companies on Fortune's list had not yet formally adopted such policies, and very few have actually voted against doing so.

Whether motivated by ethical conviction, an unwillingness to alienate customers, or simply a decision to formalize workplace norms they were already adhering to anyway, American businesses have overwhelmingly integrated nondiscrimination on the basis of sexual orientation into the way they do business. When it released its Corporate Equality Index for 2013, the Human Rights Campaign proudly noted that many companies, "ready and eager to do the right thing," hadn't waited for lawmakers or politicians to lead the way. "Businesses have laid a foundation of workplace equality the likes of which no previous generation of employees and job-seekers has ever seen." In fact, it exulted, the number of firms achieving a 100 percent rating on its "LGBT equality" scorecard had soared — despite the fact that the criteria were the most stringent in the group's history.

Clearly there has been a sea change in the way Americans have come to think about employment discrimination against gays and lesbians. It would be surprising if that change weren't reflected on payday — and sure enough, that's what the data show. Economists Geoffrey Clarke and Purvi Sevak, in a study just published in the journal Economic Letters, note that gay men in the 1980s and early 1990s had less earning power than straight men of comparable age, race, and education. By the mid-1990s that "gay wage penalty" had disappeared; in the years since 2000 it has turned into a wage premium. As far back as 2002, for example, gay men were outearning their non-gay peers by 2.45 percent.

Is it logical to conclude from all this that the American workplace is so poisoned with bigotry against gays and lesbians that only a drastic change in the Civil Rights Act of 1964 can end the oppression? Or would it be fairer to say that the vast majority of American workers have no desire to see colleagues hired or fired because of their sexual orientation — and that the vast majority of US companies have no interest in letting sexual orientation become an issue? For years opinion surveys have documented near-universal support for gay rights in the workplace. The market is doing what markets have always sought to do: break down unreasonable discrimination by making it unhealthy for a business's bottom line.

New federal laws should be a last resort, when there is no other means of solving an urgent national problem. In a country of 300 million people, there will always be occasional incidents of bigotry and unfairness directed at people where they work, but plainly there is no urgent crisis in the treatment of gay and lesbian employees that Congress alone can fix. As it is, 21 states and nearly 200 cities and counties have followed the market's lead and enacted legislation barring employment discrimination on the basis of sexual orientation. Washington has more than enough on its plate. It doesn't need to add yet another protected category to the list of groups legally protected from private discrimination. That will only make federal cases out of even more disputes.

ENDA's supporters, such as Apple's Tim Cook, can't point to a worsening nightmare of anti-gay employment discrimination. There is no such nightmare, and there is not the least desire to impose one. Passing a federal law would be a powerful symbol, no question — but there are better places for symbolism than the statute books. Especially when it was markets, not statutes, that took care of this problem.