Welfare Without Strings Helps No One

Jeff Davidson
|
Posted: Dec 20, 2020 12:01 AM
Share   Tweet
The opinions expressed by columnists are their own and do not necessarily represent the views of Townhall.com. 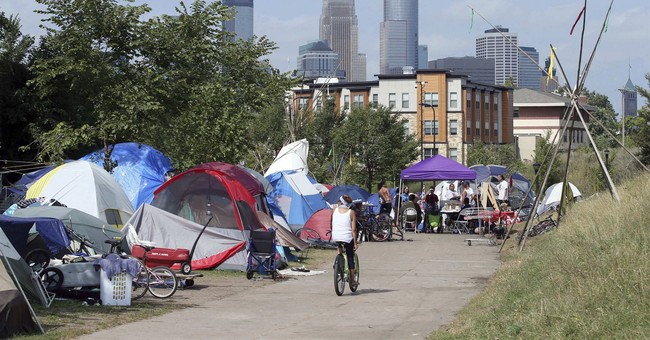 A wise man once said, “In my youth I traveled much, and I observed in different countries, that the more public provisions were made for the poor, the less they provided for themselves, and of course became poorer. And, on the contrary, the less was done for them, the more they did for themselves, and became richer.” That man was Benjamin Franklin.

A Government that Provides All?

When a government, or particular politicians promise to give everything to everybody, in the long run, they actually help no one. Growing dependent on an all-powerful government leads to socialism, a form of serfdom, and to a predictable decline in the human spirit.

Dependency is like a cancer. Once it takes hold, it becomes increasingly difficult to shake off. Things are done for you, and handed to you, and soon one loses the ability to take appropriate action. Government checks arrive regularly and, oh my, isn't that convenient? For those who have been dependent for too long on an over-doting government, the ability to fend for oneself, carve out a path, work for a livelihood, and become part of the economics mainstream becomes more and more elusive.

The paradox confronting those who truly believe that carefully designed long-term welfare programs are the hallmarks of a benevolent, compassionate, and socially awoken society is that they invariably diminish the lives of those whom they believe they are benefitting. This has been shown time and time again.

For a government assistance program to be effective, it must be applied correctly, for a limited duration, in coordination with other programs that assist in lifting recipients in a way so as to make them self-sufficient. Any program that lingers beyond a practical amount of time serves as a disincentive for those receiving the benefits to succeed on their own. We've seen this most recently with the lockdown payments. In a few cases, the amount distributed to workers prompted them to not go back to work. They were given too much at a time and found themselves demotivated to once again earn their keep.

To Whom Much is Given

For many years, Tom Tuohey was the director of a charitable organization based in suburban Chicago that raised funds for the disadvantaged. Tom recalls helping to medically outfit a new home for Darrell, a paralyzed African-American in Chicago. The ultra-expensive home was designed to assist him to move and function from room to room as easily as possible.

A problem quickly resulted because Darrell had no incentives associated with the program: He simply was given everything he needed. Although the gift wasn't from the government, the results were much the same. Tom laments that Darrell became less engaged and less inclined to do things on his own. Curiously, he also became less appreciative of the huge gift bestowed upon him.

Tom painfully acknowledges his lack of awareness to consider the importance of human motivation and incentive back then. Everyone, as recipients of charitable funds, goods, or services, benefits best by having a stake in the game: For the continuation of a program benefits, recipients must be responsible for measurable participation, accomplishment, or behaviors.

Tom learned that in many ways, Darrell soon was less well-off than before receiving the medically outfitted home. His weight shot up enormously. His vitality diminished. His enthusiasm for life had visibly plummeted, even dwelling within this carefully crafted home. In all, it was an emotionally draining experience for Tom, who was so personally invested in the success of the program. He vowed to never engage in such a venture again, without ensuring that recipients had responsibilities in association with the assets they had been given.

So it is with each of us. We need to recognize that what is given to us, all too often, leads to complacency, apathy, dependency, or all three. As such the notion of taking the reigns of our own fate slips further out of reach.