Jeff Davidson
|
Posted: Dec 03, 2020 2:11 PM
Share   Tweet
The opinions expressed by columnists are their own and do not necessarily represent the views of Townhall.com. 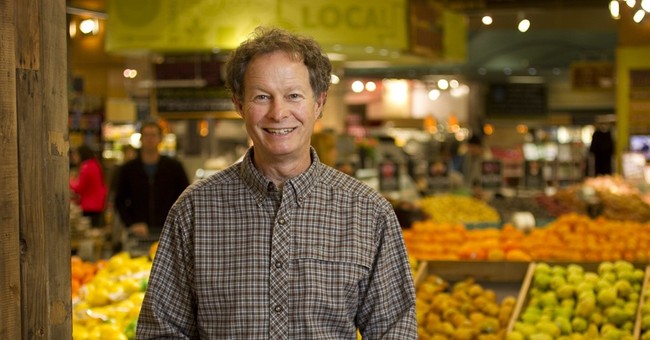 Whole Foods CEO John Mackey, in a recent interview, stated that socialism is “the path to poverty” and cited capitalism as the “greatest thing humanity’s ever done.” He also said that the purpose of business is to create value for others.

Regardless of what occurs in the near future and in the long-term, we will face an insidious problem. Half of the world, just as half the United States, will invariably lean left. No matter what evidence appears that Leftist policies, ideology, and programs do not work, half of humanity will still lean that way. Why? That’s a question of the ages, and maybe someday future psychologists and sociologists will be able to answer it conclusively. Mackey argues that colleges and progressives spread a negative view of capitalism.

Utopia, Around the Corner

A sizable percentage of the population apparently believes that somehow an omniscient government can be devised which is so effective that utopia will result. This half of the population believes that if we entrust our lives and our sacred fortunes to a ruling class of benign, enlightened, hyper intelligent individuals, we don't have to worry.

The benevolent ruling class will take care of us. There will be no more Wars. Healthcare will be free. College will be free (which, of course, means someone else pays). We will be a classless society, a raceless society, and indeed, each citizen will be of equal status with every other citizen.

Attempts at totally egalitarian societies throughout history have failed miserably. Whether it's been socialism, benign autocracy, oligarchies, management by committee, etc., ultimately the same result occurs: Individual effort is stifled. Entrepreneurship does not flourish. Calculated risk-taking goes down the drain.

Concurrently, cronyism predominates. Insiders gain knowledge and seek any information that enables them to assemble great wealth rapidly. The ruling class becomes not only elite, but untouchable. Edicts are to be obeyed, with no discussion.

Free market capitalism, democracy, and representative democracies, however imperfect, are still the best bet for humanity. Innovation and initiative are crucial—and socialism stifles them. Most individuals who lean right understand that free markets, where individuals can benefit as a result of their own hard work, enable societies to flourish.

All governments, as all societies, have their weak points. All governments endure periods when many things don't seem to be working as effectively as they could. Representative democracies, however, endure. Many of the people who populate them understand how blessed they are to reside in such societies. People from around the world knock on their doors at all hours, wanting to immigrate.

As you walk around through a supermarket today and take in the abundance of fruits and vegetables, packaged goods, frozen foods, cheeses, nuts, meats, soft drinks, beers, wines, pharmaceuticals, etc., can anyone question the bounty bestowed upon our society as a result of capitalism?

When you walk through an auto dealership and marvel at the options, when you visit a college campus, among the 2600 major colleges in the U.S., and experience the magnificent architecture, the walkways, the gardens, the fountains, and the vibrancy, how could one choose to disrupt the economic system that enabled all of this?

When you visit the majestic cities across the country, the skyscrapers, town halls, civic centers, ice-skating rinks, greenways, sports stadiums, resorts, and endless interstate highways, why would you advocate a highly risky proposition - socialism - which throughout history hasn't benefitted a single generation in a single nation?

No Doubt About It

When you contemplate the unending assortment of innovations that have benefitted people globally – the smartphone, the Internet, pacemakers, Lasik surgery – what would make you think that a socialist country might ever produce the forward- thinking entrepreneurs that currently reside in every county and every state in America?

Who around the world is scampering towards the shores of Venezuela or North Korea or Cuba? Who truly would choose to live in Iran? Who wants to reside in Middle East hotbeds? Who wants to retreat to Russia? Who in their right mind would move to Pakistan, or China?

Considering all of the above, the half of our population who leans Right and appreciates what we have here will defend our system with their dying breath. Once the Left understands this reality, they might also begin to understand that they’ll never prevail in the United States.