In the Face of Unrelenting Contempt, the President Endures

Jeff Davidson
|
Posted: Nov 01, 2020 12:01 AM
Share   Tweet
The opinions expressed by columnists are their own and do not necessarily represent the views of Townhall.com. 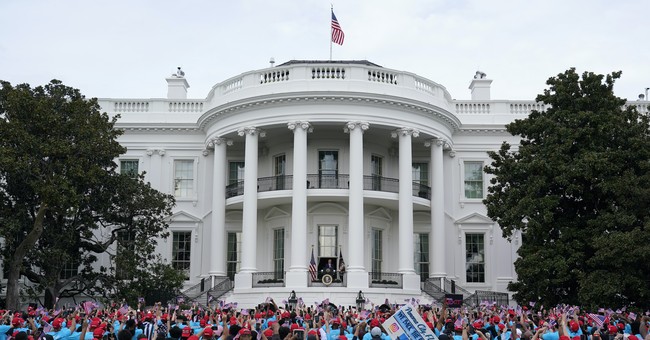 Suppose you're elected president after a bruising campaign and election season. Before you take office, a throng of critics arise, leveling non-stop criticism about you, your aims, your parents, your family, and every facet of your being.

Imagine that as you’re sworn in, the verbal attacks intensify. Your intelligence is impugned. Your motives are questioned to the nth degree. Your appearance is mocked. Your family is derided, and subjected to constant threats. Everything that you say is taken out of context, often intentionally, to convolute the meaning of your message.

Rather than be accorded a grace period of 100 days, or even 100 hours, critics tear into you in less than 100 seconds. “He is no more capable of becoming a statesman, nay, even a moderate one, than the braying ass can become a noble lion.”

One critic panned your inaugural transcript as, “One of the most awkwardly expressed documents I ever read...  a little speech of ‘glittering generalities.’”

Another critic states, “He has continued during the last week to make a fool of himself and to mortify and shame the intelligent people of this great nation.” Reporters ask, "How thin-skinned can he be?" The barrage never lets up; 24/7 you endure a potpourri of jabs:

“His weak, wishy-washy, namby-pamby efforts, imbecile in matter, disgusting in manner, have made us the laughing stock of the whole world.” “He is wholly unequal to the crisis.”

Your ancestry is routinely impugned. Your appearance is further maligned, and your morality assailed. No matter what you accomplish, you are subject to verbal abuse – from senators and congressional representatives, in speeches, editorials, journals, and private correspondence, even from those in your own party.

You are constantly rebuked for your lack of refinement. You’re called a coward, among other things, and an idiot by some of your own staff, and by Army generals, defense experts, and the intelligence community.

Major newspapers bemoan the incompetence, incapacity, and shortsightedness of your administration. Your leadership style is roundly denounced. Some fellow Republicans openly revile you and denounce your lack of demeanor, experience, skills, and talent for the job.

The press writes, he is “not a statesman but merely a standard bearer for a vast, corrupt political system.” You’re blamed for the loss of hundreds of thousands of lives. Famous people proclaim, if he "is re-elected I shall immediately leave the country.” Some express a deep-seated desire to personally harm you.

Your Wife is Skewered

Your wife, the First Lady, is attacked by the press and even by members of your own party. Nothing that she does seems to be right; and everything seems to be not only wrong but symbolically and even morally wrong.

Throughout your first term, your wife is regarded as “a laughingstock,” “an improper woman,” and “one of the most polarizing first ladies.” She is the object of mockery and is accused of having a “craving for attention.”

In the White House fishbowl, the press hounds her. Vicious gossip belittles her "unflattering fashions." Her extravagant wardrobe and purchases are widely ridiculed, and she is accused of squandering money on frivolous accessories. Seldom is a kind word printed about her by the press, and rumor has it that she is not liked in D.C.

Yes, the Lincolns were subjected to all of the above, and way beyond that. Yet, they endured.

Abraham Lincoln, who wasn’t popular in his day, has been lionized over time. Republicans and Democrats now revere him as one of the greatest presidents. His name is known worldwide and is invoked in the cause of justice and righteousness.

Lincoln's excellence was forged in the cauldron of his times. He stood for things that mattered – the preservation of the Union, the emancipation of blacks, states’ rights, an effective Supreme Court, and so much more.

Today, we cite contemporaries’ praiseworthy assessments, such as the letter sent by Edward Everett, a fellow orator on the podium at Gettysburg. He later wrote to Lincoln, “I should be glad, if I could flatter myself that I came as near to the central idea of the occasion, in two hours, as you did in two minutes.” At the moment of Lincoln’s death, Edwin Stanton, Secretary of a War, said, “Now he belongs to the ages.” In 1876, Frederick Douglass offered an emotional tribute to “a great and good man.”

The Political Giants of Our Era?

Popular history obscures how Lincoln was regarded in his own time and erodes the deeds of many in our own age. Where are the political giants of our time? Suppose the 19th-century critics were today’s contemporary pundits on cable TV. With their slurs, which Lincoln encountered, the snap judgments, and disrespect all multiplied by a thousand, who among us could forge his way? Very few leaders today, and perhaps only one.