Exactly Why Trump Will Win

Jeff Davidson
|
Posted: Oct 12, 2020 12:01 AM
Share   Tweet
The opinions expressed by columnists are their own and do not necessarily represent the views of Townhall.com. 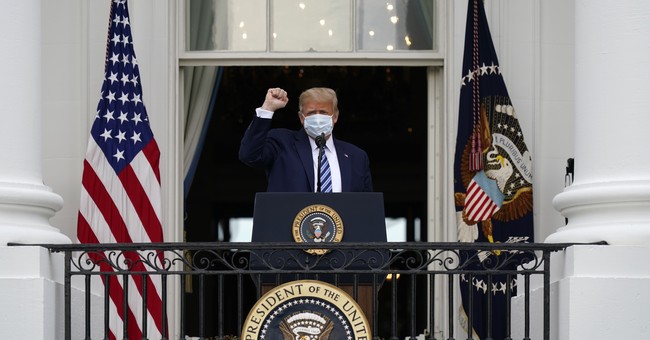 I’m at a picnic this last Saturday with my buddy Natalia, who emigrated from Ukraine to the U.S. in 1990. Once a month, a group of Russian-speaking U.S. citizens like Natalia, now residing in and around the Research Triangle area in North Carolina, meet to eat and to converse in Russian. I don't speak a word of the language, however, all four of my grandparents were from Belarus, and that's close enough.

Midway through the picnic, a senior lady clearly blurts out in English, “If you want to return to Russia, vote Democrat this year.” I am semi-stunned because U.S. politics is generally not a topic for conversation at such picnics and because I had no idea it was coming, in English no less.

Others quickly chime in. Each came to this country for its freedom, not to be told that classical music, composed by old dead white men, is racist. Several individuals in attendance think the idea of defunding the police is as ridiculous as they've ever heard. They believe that a strong military is essential and they should know; they came from Russia, Ukraine, Moldova, Latvia, and Kazakhstan and are acutely aware of China's worldwide aspirations.

When they hear things such as ‘Medicare for all,’ or free college tuition for all, it drives them crazy. Most of them arrived in the U.S. with very little, asset-wise, and worked their way to a position of financial stability. They know that when a politician says something is ‘free’ that's a code word for ‘somebody else pays.’

I am astonished to learn that my friend Natalia, who told me when we first met that she is a registered Democrat, is also voting Republican this year. She said she's not for Republicans or Donald Trump per se, but she's against most of what Democrats seek. In the span of less than a year, she decided that the Democrat Party is supported by fools and racial-strife mongers.

Two of the 14 people at the picnic seem to be uninformed, and so the others ‘school’ them. This goes on for several minutes. I can tell that the previously ‘uninformed’ now will be voting Republican, at least for this upcoming election.

The whole scene comes at me so quickly that it’s challenging to absorb it all. Here I am, with a group of people who I felt likely represented a 50-50 Democrat / Republican split. None of them are likely to answer a pollster or take part in a survey. None of them are likely to display political signs on their front lawns. None of them would be vocal at work or in some public setting. Yet, in our small group, out loud, they are airing their grievances about Democrats.

After a few minutes, I figure the conversation will turn to something else. To my surprise, these Russian-speaking, U.S. citizen picnickers keep it going. They rail on about how they didn't come to America only to find themselves in the midst of another socialist/communist country. I contain my amazement, knowing that when I get home I'm going to write the article that you’re currently reading.

As we drive back, I ask Natalia how she was able to make the change so quickly. With that, she launches into a heated diatribe about all the ways in which Democrats have gone off the deep end. Again, I'm amazed. I hadn't considered that a registered Democrat could muster such objectivity. How many others are like her throughout the country, tens of thousands? Hundreds of thousands? Millions? I'm guessing it's millions.

I come away from this event invigorated, and I had already been convinced that Trump would win easily. Now, I'm thinking ‘landslide.’