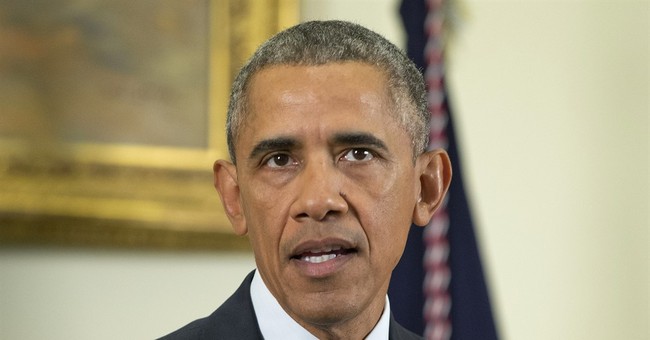 It must be nice being Barack Obama. He gets to travel the world on the taxpayer’s dime and never worry about the cost. Thanks to Judicial Watch, the American people now know how much it costs to travel like a political rock star. Due to a Freedom of Information Act (FOIA) request by Judicial Watch, the U.S. Department of the Air Force reluctantly released records that show the travel costs for President Obama in February and March of this year exceeded $4.4 million.

Throughout these months, the President enjoyed golf trips and participated in Democratic Party fundraisers. The President traveled to these destinations on Air Force One, an aircraft that costs taxpayers $206,337 per hour of use. Thus, it cost over $1 million for the President to attend a golf outing in Palm Springs, California. During his junket, he also enjoyed an extended stay at the Sunny lands resort, owned by the mega rich Annenberg family.

In February and March, the President also traveled to Chicago, Los Angeles and Palm City for political campaigning and fundraisers. The travel costs of all of these trips were covered by the taxpayers.

In Chicago, the President made a campaign appearance for his former Chief of Staff Rahm Emanuel, who was running for re-election as Mayor. In Los Angeles, he attended Democratic Party fundraisers and appeared on the Jimmy Kimmel comedy show. In Palm City, the President enjoyed golf at the Floridian National Golf Club, a “spectacular” resort on the St. Lucie River.

With an annual budget deficit of $438 billion and a national debt that exceeds $18.4 trillion, such expensive travel costs are outrageous. Obviously, the President is not concerned about appearances for he has been a world class traveler since taking office in 2009.

If these two months are typical of his tenure in office, it would mean that the President’s travel costs alone will exceed $200 million after his eight years in office.

These expenses are just the tip of the iceberg for they do not include the security and lodging costs of his entourage, including the secret service detail. At this time, Judicial Watch is still waiting for the Secret Service to provide this information, as required by the FOIA request.

Obviously, every President should be able to take vacations, but Barack Obama is different. Whereas Presidents Reagan, G.H.W. Bush and George W. Bush spent most of their vacation time at family ranches or homes, this President prefers to spend his time at expensive resort destinations such as Martha’s Vineyard. The resulting cost to taxpayers is quite significant.

In addition, the Obama family often travels separately, increasing the costs that taxpayers will have to cover. Over the past seven years, Michelle Obama has also traveled the world and in a solo trip to China, the travel costs for taxpayers exceeded $360.000.

According to Judicial Watch President Tom Fitton, “Taxpayers should be outraged that Barack Obama’s wastes $4.4 million of their precious tax dollars on golf vacations and political fundraising…and to make matters worse, the Secret Service has simply refused to respond to our requests for documents about the security costs of these controversial trips. The Obama travel scandal is about abuse of office, abuse of the taxpayer, and contempt for the rule of law.”

Thank goodness that Judicial Watch is doing the job that the liberal media refuses to do. Taxpayers have a right to know how much of their money is being spent to send the First Family to golf resorts, Democratic Party fundraisers and exotic vacations. The only benefit is that at least the American people can live vicariously through Barack and Michelle Obama as they enjoy champagne wishes and caviar dreams.