How Low can MSNBC Go? 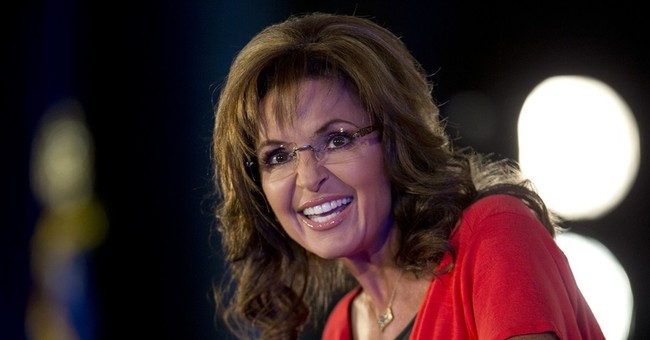 What provoked Bashir? In a recent speech, Palin said that “Our free stuff today is being paid for by taking money from our children, and borrowing from China. When that note comes due and this isn't racist, so try it. Try it anyway. This isn't racist. But it's going to be like slavery when that note is due.”

While this view may be controversial and even misguided, it did not merit such a malicious response from Bashir. Sadly, the host did not stop with nasty insults; he then related to his viewers the story of a long deceased slave master who committed horrible acts of brutality, including defecating on those he kept in bondage.

At that point, Bashir incredibly wished Palin would suffer such barbaric treatment. He read aloud a curse word for excrement and said that Palin “qualified” for a “dose” of such “discipline.” In effect, he wished that Palin would be kept in bondage and that an inhuman slave master would defecate on her.

Immediately after calling for the torture and mistreatment of Sarah Palin, this broadcaster should have been fired by his network bosses. Unfortunately, nothing happened to Bashir because he works for MSNBC, the same network that gives a prominent daily platform to Reverend Al Sharpton, who perpetrated the Tawana Brawley hoax.

Clearly there is a problem with MSNBC’s programming. This is the same network that was shamed into suspending the host of a weekly program, actor Alec Baldwin, for uttering anti-gay slurs. This is the same network that had to suspend Keith Olbermann for donating to Democrat candidates and suspended Ed Schultz for calling talk show host Laura Ingraham “a right-wing slut.”

Since MSNBC allows Bashir to remain on the air, it reflects poorly on the entire network. The decision reveals the type of liberal hate that permeates their management and on-air staff. If a similar comment had been made on CNN or Fox, the anchor would have been immediately fired. Evidently, MSNBC has much lower standards than its competition and must have to scrape the bottom of the broadcast barrel to find enough liberal blowhards to fill their schedule.

This episode also exposes the double standard about treatment toward conservatives, especially Sarah Palin. No one would dare make a similar comment about Hillary Clinton or Michelle Obama or any prominent female leftist. In contrast, renowned members of the media savage Palin on a regular basis. If she is so extreme and such a disgrace, why does she engender so much hate? Undoubtedly, liberals are scared by her conservative message and her ability to effectively communicate. As a result, they demonize her and through their hate speech figuratively “defecate” on her. It is time for this obscene mistreatment to end.

NBC News operates MSNBC and must condone the hard left programming, but it is surprising that it allows hate speech to permeate their airwaves. Until MSNBC changes direction, let’s hope viewers and advertisers continue to abandon the network.

It is time to elevate the political discourse in our nation. We should encourage networks to allow a variety of views on their airwaves including a spirited debate on the important issues that impact our country. However, in the process, Americans should demand that all broadcasters show basic human decency toward each other and those in political leadership, even conservatives like Sarah Palin. As of today, on these important criteria, MSNBC is failing miserably.