This morning while I was hunting and gathering food in the city, I ran into a food truck. I spoke to the owners of the food truck about the new city of Chicago ordinance on their business.

Chicago passed an ordinance that allows food trucks to prepare meals inside the food truck-which means they can put mustard on a hot dog for you, but the trucks cannot park within 200 feet of a brick and mortar establishment. That includes places like Walgreens.

Do you know how many parking spaces in Chicago’s loop there are that meet that qualification? Five. Cinquo. Cinque.

Effectively, Rahm and the Alderman appear like they are encouraging small business when in fact they are killing it. Or, alternatively, paraphrasing the Bible, “it’s harder to establish a small business in Chicago than it is to pass through the eye of a needle.”.

This is the way it is with big government. They try to appear like they are doing things for small business, but in fact they kill it with regulation and rules that are impossible to meet all the qualifications for. That’s also they way it is with tax cuts big government types pass. They are so targeted they mean nothing, except on the stump the pol can crow about all the tax cuts they passed.

I was in an economic development meeting once in Chicago. We were talking about tax increment financing districts. TIFs as they are known. The amount of paperwork needed to apply to get tax relief in a TIF is astounding. Besides that, each alderman controls their ward and decides who gets it and who doesn’t. Guess who gets it? That’s how the favoritism, crony capitalism game gets started. My suggestion was simply to lower taxes ward wide for everyone and let businesses locate there if they thought it was worth it. But then, that takes the crony capitalism off the table.

What big government types fail to realize is that a rising tide lifts all boats. The food trucks innovate, and compete. It forces the brick and mortar restaurants to compete and innovate. The consumer benefits because bad restaurants go out of business, and new ones move in. The competition raises awareness, and everyone eats better.

No matter the industry, this is the outcome. Power2Switch is competing in the electricity market and they give their customers choices. If you like green energy, you can select it. Don’t want it. No big deal. It’s up to the consumer. But Power2Switch saves everyone on their electric bills because it makes the market more competitive. Everyone benefits.

When you are for big government, crony capitalism is your bread and butter.

Your Hierarchy at work 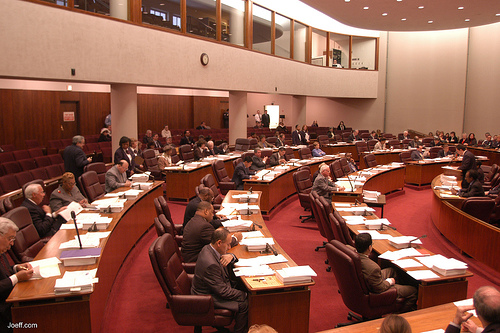