30th Anniversary of the S&P

Today is the 30th birthday of the S&P contract at the CME ($CME). Hard to believe it’s been that long. As a young college kid I used to visit my friend Orv Wilkin (ORV) on the floor. He was a trader at the exchange, and I was thinking about trying to get a job. Unfortunately, I had to actually make money in college and couldn’t afford to make $150 a week as a runner.

I recall the old pit opening up at the old CME building. It’s a health club now. There wasn’t any room to move, and because of the popularity of that contract and the interest rate quadrant there wasn’t any room to put people on the floor. The exchange instituted a hiring freeze. Thank goodness OSHA never visited there. 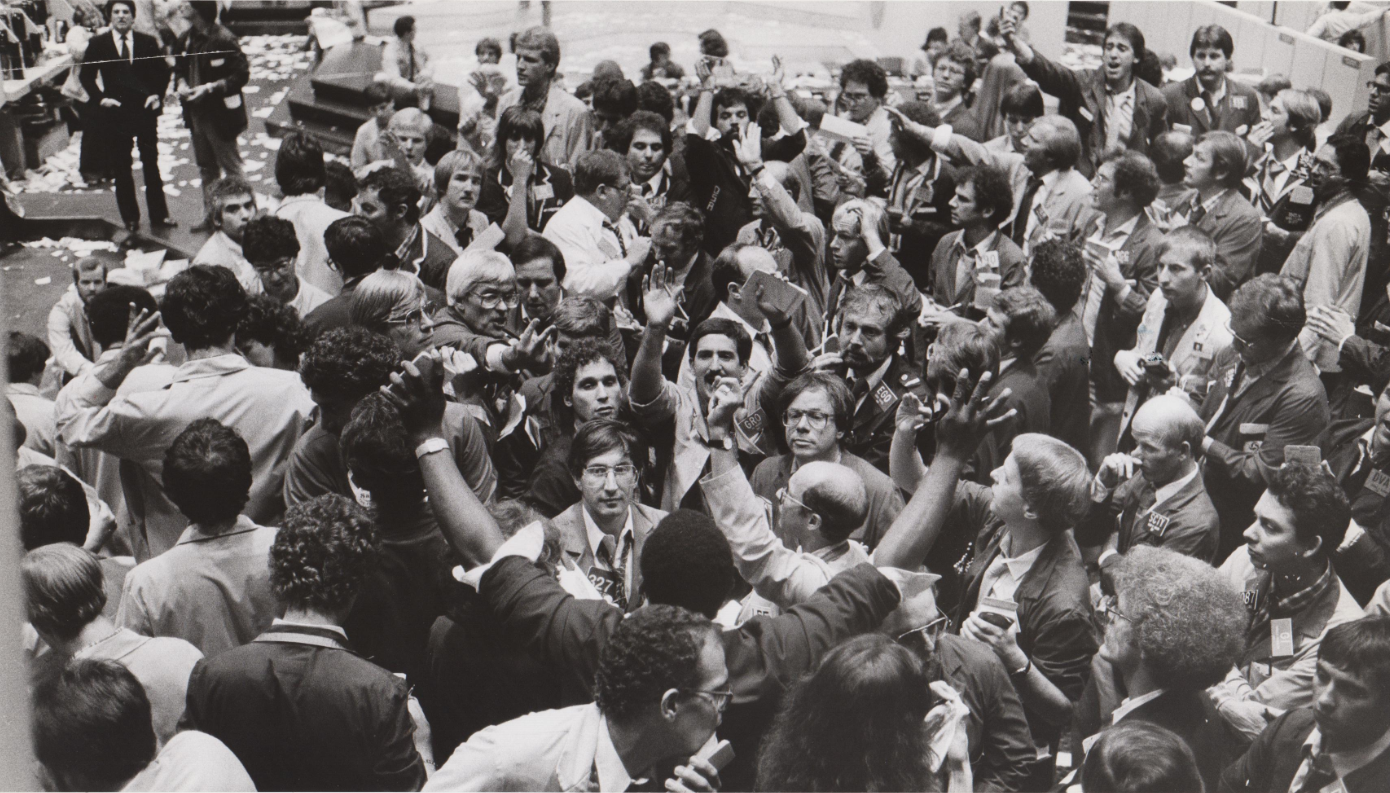 Five years after the contract started, we had the greatest one day crash in stock market history since 1929. Oct 19, 1987. Of course, the New York bankers blamed portfolio insurance and the futures contract at the CME. They wanted to ban the contract. The bankers wanted to ban it not because it was detrimental to the marketplace, but because it was providing more transparency to the market. The futures contract was tightening spreads in the cash market. Bankers were having to compete harder.

I remember working in the Eurodollars ($GE_F) all day that day. After our close at 2PM, Brian Brophy and I walked over to the edge of the S&P and watched. 8000 points lower on the day. Millions made and lost. The intensity of our day was overwhelming. Eurodollars normally traded in $25/tick increments. That day most of the quotes were in $250/tick increments. The day after the SPUs crashed, we opened up 350 points higher. Somehow we knew what we were witnessing was supremely historic.

After an intense investigation, people concluded that the market would have crashed even more if it were not for the S&P. The independent traders that stayed in the pit absorbed a lot of the selling that would have gone to the cash market. No one could get their orders filled in the chaos on Wall Street, but they found liquidity in Chicago.

Jack Sandner was the exchange chair at the time and is fond of telling a little story about that time. In the days after the crash, there was a lot of finger pointing. Finally, Jack laid down a challenge. He said, “Show me your trade register. Show me your pays and collects. Show me who traded with who and when.” The other exchanges couldn’t. The internalized cash markets couldn’t. Their leaders were silent. CME could.

The contract’s presence in the economic system was secured. Virtually every exchange and country in the world tried to copy it. You can’t go anywhere in the world and not trade futures on a stock index.

In 1997, Bill Shepard(BILL) created the emini futures. The creation of it came out of the CME not winning the negotiation for Dow futures. It became the fastest growing contract in the world. The Dow futures never really took off. At first, it made the pit traded S&P thicker. Eventually, it lead the electronic revolution in futures that laid dormant since GLOBEX inception in 1987.

Flash forward to May of 2010. The flash crash. Ironically, the same fingers pointing. The same tongues were wagging. Supposedly it’s a rogue order in the emini-S&P($ES_F) that touched off the fall. Of course, that’s not true. In the electronic marketplace it’s not the transparency the S&P contract brings that is the problem.

The real problem with today’s markets is the lack of transparency caused by internalization, dark pools, and payment for order flow. These activities allow the strong to prey on the weak or unaware.

Today, when they ring the opening bell at 8:30 CT, many of my old friends that used to be in the pit every day will not be there. The pit is empty, and all the trading is off the floor. In secluded rooms all over the world, the contract is powered by computers running algorithms and quiet clicks. Instead of the way the contract was born. The shouts and hand signals, the tug of a tie to confirm a trade, the intense personal drama of trader rivalry, elbows thrown for pit position. A hip here, a body block there. Giddy laughter. The S&P pit was unlike any other. There was a hazy intensity that always resonated in there. Anything could happen at any moment. If May of 2010 is any guide, it still could.

Uh Oh: Democrats are Bleeding Support with One of Their Key Voting Blocs
Matt Vespa
Kamala Harris to Travel to Central America Before Visiting the Southern Border
Reagan McCarthy
Fired Brooklyn Center City Manager Speaks Out After Calling for Officer Who Shot Wright to Have Due Process
Julio Rosas

Uh Oh: Democrats are Bleeding Support with One of Their Key Voting Blocs
Townhall
'Nailed it'! John Hayward bullseyes Dem hypocrisy on 4 lefty talking points with 1 perfect tweet
Twitchy
Israel Demolishes Super Secure Iranian Nuclear Facility and the Biden Bunch Was Not Given Advance Warning
Redstate
You Will Cheer When You Learn How Israel Crippled Iran's Nuclear Program
PJ Media