Jeff Brain
|
Posted: Jul 31, 2021 12:01 AM
Share   Tweet
The opinions expressed by columnists are their own and do not necessarily represent the views of Townhall.com. 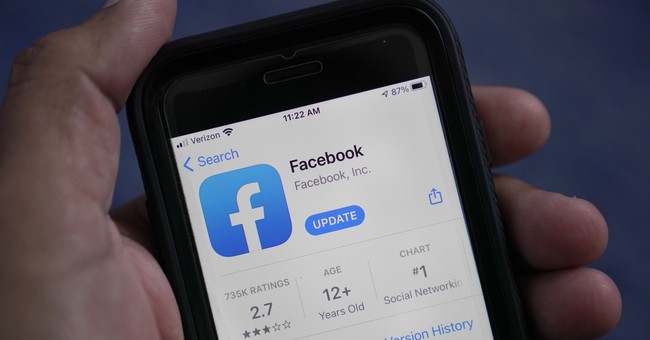 Big Tech is out of control  — and the time to save our liberties and freedoms is quickly running out.

This month, White House press secretary Jen Psaki made a stunning admission: the Federal Government is directly colluding with Facebook to flag "problematic" social media content on its platform.

"In terms of actions that we have taken or we’re working to take, I should say, from the federal government, we’ve increased disinformation research and tracking,” she revealed during a press conference. “Within the Surgeon General’s Office, we’re flagging posts for Facebook that spread disinformation."

Psaki went on to insist that Facebook was often not aggressive enough when it comes to censoring content, and urged the social media giant to accelerate its review of posts that contained controversial opinions about COVID-19 vaccines.

"Sometimes it’s not accurate, and Facebook needs to move more quickly to remove harmful violative posts,” she insisted, adding that the government has also asked Facebook to promote “quality information sources” in their newsfeed algorithm.

Of course, Psaki did not bother to elaborate on what constitutes “quality information” or who gets to make that determination. She also conveniently omitted the fact that Facebook has repeatedly censored content it initially falsely determined to be misleading which later was deemed to be valid— such as rational concerns about the possible man-made origin of the COVID-19 virus.

As strange as it might seem, the biggest problem with tech giants is not how powerful they are today — it’s how powerful they will become tomorrow. A year ago, it was hard to imagine that platforms such as Facebook and Twitter would censor the President of the United States. Six months ago, it was difficult to conceive that social media companies would be acting as agents of the federal government.

What will happen in another year if this unprecedented power-grab and alliance between big tech and big government are allowed to continue? Your guess is as good as mine.

This Big Tech-Big Brother fusion also raises other important questions. Can we really trust the federal government to reform social media giants such as Facebook and Twitter? Or tech internet services companies, such as IBM? How genuine are the calls to fix Section 230? How sincere are the so-called “Big Tech hearings” in Washington, DC?

Politicians often talk a big game about tech reform and the dangers of online censorship — but when Big Tech lobbyists get to draft the legislation, it becomes difficult to take these efforts seriously.

It used to seem as though a mere change in public opinion would solve the issue of Big Tech censorship. After all, social media companies were once free-market entities that responded to the laws of consumer demand.

Regrettably, Big Tech is now becoming inseparable from Big government — and only walking away from companies such as Facebook, Twitter, and Google, in favor of the newer second-generation alternatives, in addition to legal action, can deliver genuine, lasting change.

Like President Trump, our social media platform, CloutHub, has been targeted by Big Tech with de-platforming from basic web services and to what appears as obvious shadow-banning by Facebook and Twitter. This is one of the main reasons why I strongly support President Trump’s class-action lawsuit against Big Tech — a case that seeks to hold tech giants accountable for their actions.

Americans of all backgrounds and political beliefs should be alarmed about the authoritarian power play in Silicon Valley. If we wish to protect our right to free speech, the free exchange of ideas, and civil discourse in the public square from extinction, we must move to alternatives and hold Big Tech accountable before it is too late.

Jeff Brain is the founder and CEO of a rising social media platform, CloutHub. To learn more about CloutHub, visit www.clouthub.com/home.