The Democrats Declare a Jew Ban

Jeff Ballabon
|
Posted: Jul 27, 2020 12:01 AM
Share   Tweet
The opinions expressed by columnists are their own and do not necessarily represent the views of Townhall.com. 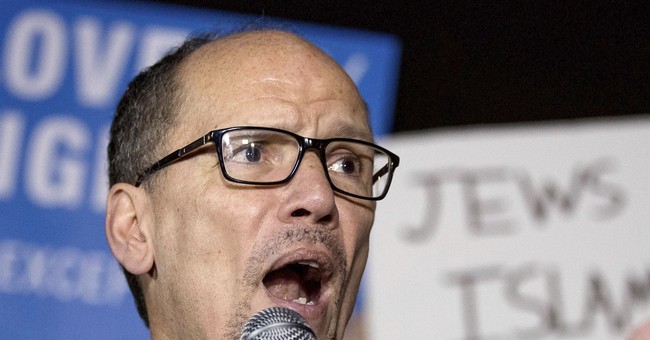 Editor's note: The column was co-authored by Bruce Abramson.

Anyone concerned with Jews and Israel should be horrified by the Democrats’ newly released 2020 platform. It directly threatens the Jewish state, employs double-talk calculated to stoke antagonism between the American left and Israel, and pays passing lip-service to opposing antisemitism, but in the gaslighting way Linda Sarsour and Ilhan Omar do; to deny it where it exists and point fingers elsewhere. In both narrative and policy, the platform crosses over the line into deep antisemitic territory. It’s a dangerous acceleration of an approach first tested when Joe Biden was Vice President and in which he played an active role.

Upon entering office, President Obama immediately terminated the decades-old US policy ensuring “no daylight” with Israel.  Beyond leaking Israeli intelligence and sabotaging operations, Obama introduced a radical redefinition of “Two-State Solution” that inverted decades of American priorities: Palestinian statehood was not an enormously risky incentive in a process aimed at creating peace and security for all, but an unconditional matter of justice and right, wrongfully withheld by Israel.

This launched a correspondingly inverted set of narratives, policies, and loyalties. Though claiming to be “pro-Israel,” Obama – and then Democrats generally - relentlessly demonized Israel’s center-right Likud party and its popular leader, Bibi Netanyahu. When that attempt at scapegoating didn’t suffice – a solid majority of Americans deplored the “Iran deal” – they blamed American Jewish disloyalty, money, and influence. The viciousness of these attacks was magnified by the reality that most American Jews actually supported the deal, because most supported Obama.

The rising strain of antisemitic tropes and threats in national Democratic politics, was thus already being foreshadowed – and normalized – by the Obama Administration’s attacks on Israel and Jews.  Their narrative is now the norm among Democrats across the spectrum: the establishment’s anti-Israelism is deniable as “anti-Netanyahu” or “anti-Likud” while the progressives’ antisemitism is sanitized as “intersectionality” or “anti-Zionism.” As for actual policy shocks, their 2015 Iran Deal strengthened, enriched, and normalized the Islamic Republic over Israel’s fearful pleas.  Their 2016 Memorandum of Understanding (MOU) neutered Israel’s ability to engage with pro-Israel members of Congress.  Their parting shot, UN Resolution 2334, criminalized the mere act of living in Judea while Jewish.

Outgoing Secretary of State Kerry announced that when Democrats were back in power they would punish Israel for its stubborn refusal to be bullied into suicidal positions “for the sake of peace.”  Biden’s platform delivers on that threat.

The platform proudly reaffirms the Iran Deal and the MOU.  It equates America’s liberal, democratic ally Israel with corrupt, anti-American, terrorist PA. It equates Jewish homeownership in disputed areas not with Arab homeownership in those same areas, but with Arab terror—effectively casting a Jew simply residing in a place deemed off-limits as justification for murder.  It reserves this antipathy for indigenous Jewish territories in which Jews have lived for more than 3,000 years and over which the state of Israel possesses legal claims far superior to those of any other entity.  Though studiously avoiding the words “illegal occupation,” it characterizes Jewish life in the historic Jewish homeland as criminal and intolerable. Democrats thus deny Jewish history, selectively apply law to discriminate against Jews, endorse ethnic cleansing of Jews, and champion the principle of judenrein—a geographic area off-limit to Jews.

This is the position of a major American political party as regards the most Jewish of all places on Earth – Israel, Judea, Jerusalem. It advances the agenda of a collective that has displayed no purpose other than Jewish genocide. All within living memory of the mass slaughter and expulsion of Jews from European and Arab countries. This platform is a crisis as grave as any Jews have confronted at any time in our history.

There is no equivalent American policy applicable to any other ethnic or religious group anywhere in the world.  No one would even dare to suggest such an atrocity.  And there is an exquisite cruelty to the Democrats’ agenda redolent of ancient empires seeking to grind the Jews under their heels: it is their demand that Israel execute their evil bidding. In every respect the Democrats’ agenda is intended to break Israel’s back; to punish the Jews for daring to survive.

In obscene, almost cinematic irony, the Democrats released this platform the very same week they trumpeted their “NOBAN Act” – the House’s vote against a Trump immigration policy they call the “Muslim Ban.” Consider: against a backdrop of Democrats raging about a purported “Muslim Ban” that does not ban Muslims from entering or living in any part of any country, the Democrats proudly pronounce their commitment to outlawing Jews from living in Judea - a certifiable Jew Ban.

Employing anodyne platitudes – call it the banality of evil – Democrats have articulated a brutally antisemitic program treating Jews and Israel as pariahs, uniquely worthy of discriminatory treatment.  It makes mockery of Israel as a sovereign state and an American ally.  It directly aligns the Biden campaign—and the entire Party—with Israel’s mortal enemies.

An administration pursuing this agenda would continue to promote antisemitic narratives hostile to Jewish life in America and pose an existential threat to the Jewish State.