Bending the Rules on All Things Abortion

Jeanne Mancini
|
Posted: Jul 07, 2016 2:26 PM
Share   Tweet
The opinions expressed by columnists are their own and do not necessarily represent the views of Townhall.com. 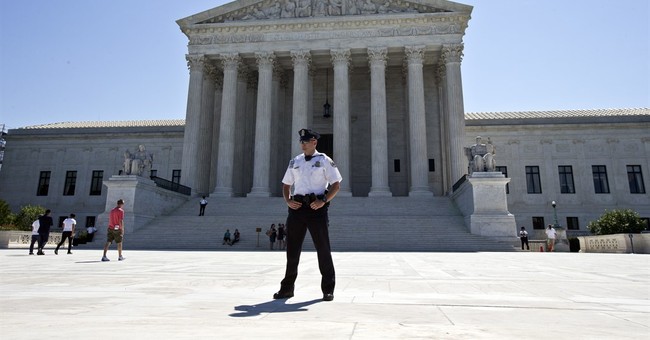 It’s beginning to look more and more like the U.S. Supreme Court is an arm of “big abortion” rather than an unbiased purveyor of justice and constitutional arbiter. The Court’s 5-3 decision in Whole Women’s Health v. Hellerstedt, striking down a 2013 Texas law requiring common-sense health and safety regulations for abortion clinics, is a prime example.

There is no doubt women’s health has been sacrificed at the altar of abortion. Veterinary clinics, hair salons and public swimming pools have more regulatory oversight than abortion clinics.

The women’s groups and politicians who have claimed all these years to be pushing for “women’s health” have now been exposed to care nothing about the human beings involved in abortion but only about the “right.” Women’s health only matters if that means the woman is to abort her unborn child, no matter the cost, even the life of the mother.

In Whole Women’s Health, the court’s majority completely rebuffed state legislative efforts to impose standard health regulations on abortion clinics, in essence, deeming itself “the country’s ex-officio medical board.” In his dissent, Justice Clarence Thomas pointed out that a majority of the court are willing “to bend the rules when any effort to limit abortion, or even to speak in opposition to abortion, is at issue.” Sadly, the court’s majority mindset of “abortion no matter what,” is at the impetus of many pro-abortion initiatives, at the sacrifice of true women’s health.

Until 2010, abortion clinics had very limited regulatory oversight, with less than half of the states in the country even having a single regulation on the books.

In 2010, a horrific incident in Pennsylvania brought to light the importance of such laws. The investigation into the clinic of Philadelphia abortionist Kermit Gosnell revealed that women contracted sexually transmitted diseases from the facility’s unsanitary equipment; infanticide occurred; women suffered infertility as a result of botched procedures; and two of Gosnell’s patients died from neglect and malpractice after obtaining an abortion. One woman, Karnamaya Mongar, died in Gosnell’s clinic, when the abortion being performed on her went wrong, and emergency personnel could not reach her in time because they could not fit a gurney down the hallway and out the emergency access. Lest this be considered an outlier, a similar hallway scenario caused the death of a woman in my childhood town of Alexandria, Virginia, a number of years ago.

With this backdrop, the Texas bill HB 2, like 22 other states, sought to assure women’s safety by treating abortion like any other surgical procedure. It required clinics to have the same level of regulations that any other outpatient surgical facilities had, and that abortion doctors would have admitting privileges to hospitals. For example, the Texas law required routine safety standards, such as making sure hallway widths could accommodate a gurney.

For years, abortion advocates have equated greater access to abortion with improving women’s health, but in doing so have advocated for substandard health regulations, whether it be ultrasound laws that many states have sought to employ or abortion clinic safety regulations. This is a disservice to women and true healthcare. Whether it’s coming from the U.S. Supreme Court, the professional (and taxpayer funded) abortion lobby, or abortion activists, the “bending of the rules” for abortion is not only disingenuous, but it also dangerously sacrifices the health of women upon the altar of the “right to an abortion.”

The mantra “safe, legal and rare” that was coined by Bill Clinton when he ran for president and used by many other political candidates since has been blown out of the water. With this decision, it is clear that advocates of abortion don’t care if it is “safe” and they no longer want it to be “rare.” They simply want abortion to be “legal” at all costs, at all times. The child and the woman are secondary.