Jason Piccolo
|
Posted: Feb 13, 2020 1:06 PM
Share   Tweet
The opinions expressed by columnists are their own and do not necessarily represent the views of Townhall.com. 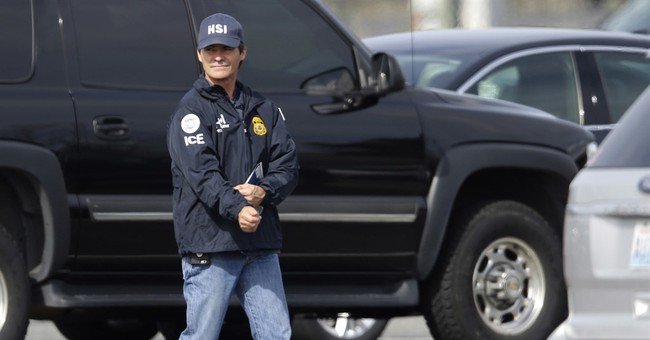 A day can’t go by without an arrest of a child predator broadcast online. Several of these predators were hunted by a scarcely known group of specially trained law enforcement operatives that were recruited from the ranks of the U.S. military. The operatives all had something in common; they bore wounds from their service to the Nation. Starting in late 2013, with little fanfare, this select group of wounded warriors deployed throughout the United States with a new mission, tracking down child predators and rescuing children.

With the advent of the internet, child exploitation took on a new form. Gone were the days of selling illegal photographs through the mail, the illicit commerce took the form of file transfers via the internet throughout the world. Criminals began transferring terabytes of child pornography worldwide. The internet has no border, hence falling within the jurisdiction of the Department of Homeland Security (DHS). Because of their international investigative purview, DHS, specifically Immigration and Customs Enforcement’s Homeland Security Investigations (HSI), is charged with tracking these child predators, a task that previously fell on my former agency, the legacy U.S. Customs Service. In 2003, the U.S. Customs Service merged into DHS as a result of 9/11.

DHS’s investigations reach beyond international boundaries, including investigating child pornographers and those exploiting children because criminals transfer illegal files worldwide. While the crimes cross international borders, the criminals can and do originate from all walks of life within the United States.

How prevalent are crimes against children purported through the internet? I asked James Beard, a Section Chief with HSI’s Cyber Crimes Center. Beard, referring to internet crimes involving children, said, “There’s enough work to keep all of us working for the rest of our lives, and we wouldn’t make a dent in it.” HSI agents have arrested over 15,000 child predators since 2003 and process seventeen terabytes of data a day. A daunting task for any law enforcement agency. Fortunately, HSI is assisted by specially trained former military members assigned as interns with the Human Exploitation Rescue Operative (HERO) Child-Rescue Corps.

Beard supervises the HERO Corp for HSI. Beard said, “The HERO interns are essential in the fight against child predators. They are welcomed as part of the team and provide unmatched support.” Beard detailed the program’s origin for me. The HERO program originated in 2013 when the non-profit National Association to Protect Children (PROTECT) approached the Department of Homeland Security with a proposal to stand up a child-rescue corp by recruiting from the ranks of the military’s wounded warriors. Initially, members originated solely from the military’s special operations community. Since 2015, the program has expanded to conventional military forces to include both men and women. HERO Corp has seen over 130 graduates from all branches of service, including recently from the U.S. Coast Guard. The recruits attend intensive training in digital forensics and on the job training as interns in an HSI field office to prepare them to dive deep into the dark world of child predators.

Last summer, HSI participated in Operation Broken Heart as part of Internet Crimes Against Children (ICAC) task forces. The two-month nationwide operation resulted in almost 1,700 arrests and over 350 victims identified. Attorney General William Barr said, "The sexual abuse of children is repugnant, and it victimizes the most innocent and vulnerable of all. We must bring the full force of the law against sexual predators.” HSI approaches a child exploitation investigation by focusing on the victim first, identifying and rescuing the sexually exploited child, and then prosecuting the victimizer. As documented in this massive operation, there were hundreds of victim children identified with an unpublicized number of children rescued.

Recommended
Jen Psaki: If You're Mad About the State of the Country, Just Start Drinking
Matt Vespa

The HERO program does have a hiring announcement now “open to wounded, ill, and injured military veterans and designed to assist returning military heroes who lost their mission.” The interns work within one of HSI’s forensic laboratories as an intern for a year. The HERO Corp does recruit year-round through the service branch’s wounded warrior battalions and Operation Warfighter. Beard said, “The military members should inquire with their wounded warrior leadership about recruitment efforts and when we [HSI] will be on base holding hiring events.”

Dr. Jason Piccolo (@DRJasonPiccolo) is a former Border Patrol agent, ICE special agent, and DHS supervisor. He is a former U.S. Army Captain (Operation Iraqi Freedom) and author of the recently released book Out of the Shadows: A Government Whistleblower’s Firsthand Account of How the Protection Of Migrant Children Became A Political Firestorm.