Jason Killmeyer
|
Posted: Nov 14, 2020 12:01 AM
Share   Tweet
The opinions expressed by columnists are their own and do not necessarily represent the views of Townhall.com. 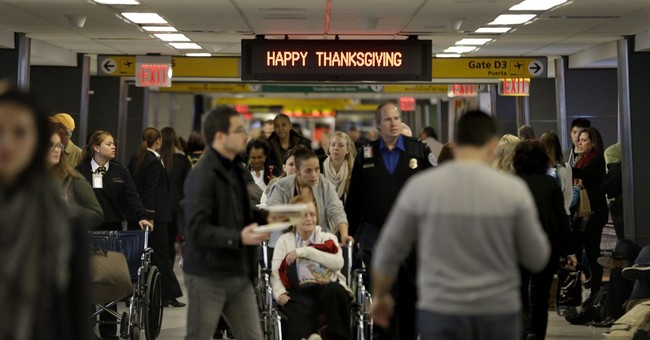 A lot of folks, some whom may not think of themselves as populists, are going to be fed up when they board that full flight home for Thanksgiving in a few weeks. Despite all the warnings and all the proclamations, America is still doing its annual November migration, though in fewer numbers and with diminished gatherings and less to be thankful for. In the city of Pittsburgh this year on the holiday before Thanksgiving, Mayor Peduto echoed CDC guidance in declaring to his citizens that trick or treating was permitted – encountering dozens of strangers and exchanging food – but private gatherings with a single group of people, also known also as costume parties, were banned. That’s right, the government told you who you could have in your own home.

The point is this: if you think we’re living in a populist moment now wait until you see what happens as Democratic leaders move forward with another round of lockdowns or a real mask mandate. Wait until you see what happens if more local governments follow the example of New York City and forcibly break up religious worship or, as more governors seek to prevent blood relatives from gathering at their Thanksgiving, Hannukah, and Christmas tables.

Several states this week did in fact announce limitations on the number of guests in the homes of their citizens, and a number of other byzantine rules that I’ll refrain from spending a few sentences mocking because of the serious nature of this level of intrusion. While details on enforcement of the in-home gathering rules are unclear, this is a degree of overreach that cannot square with the First Amendment right to free assembly. We have already seen in the state of New York police entering the homes of citizens to break up parties and religious gatherings. COVID is an insidious terror and close to a quarter million of us are dead, but Americans were not meant to be ruled this way, even in extremis. Even the suggestions that any government body – state, local, or federal – within any square inch of their jurisdiction have this type of power is inherently dangerous.

If Joe Biden comes into office and calls for a national lockdown or, even worse, tries to implement a national mask mandate, we may learn what a real resistance looks like. He’ll seek to use his age and demeanor to lure Americans via fireside chat-style missives for common sacrifice. However, we need to ask ourselves one question: yes, we’ve seen movement up and down the phases as denoted by number (1, 2,3) and colors (red, green, yellow), but has any state that declared one ended their state of emergency?

This is an incredibly painful time, and it’s about to get worse. More than 100,000 businesses have shuttered permanently, and our right to peaceable assembly is suspended, all while people are dying at an alarming rate. But we cannot let our state of emergency remain so. What will sound like common sense measures today become the precedents and justifications for permanent bans and mandates, and the subsidies that are supposed to make submission bearable. That will not bode well for how we mark our response to the other crises we’ll face this decade.

As early indications come in on the type of staff Biden will surround himself with, make no mistake this rule-by-experts – on COVID and across the policy landscape – is too top-down, too sanctimonious, and too divorced from the populace to be successful. The DNC was successful in controlling their primary process and maneuvering to get in place a candidate who offended the sensibilities of the fewest, and at the time of writing, it appears they got this guy across the finish line. Assistance with distribution networks for an available vaccine, yes. But this is not the time or place in our history for the federal government to take on an even bigger role in our lives via new and sweeping rules and mandates. That will not be unifying, and it may be dangerous.