The Voter Suppression Narrative Continues Towards a Contested Election

Jason Killmeyer  |  Jul 20, 2020
The opinions expressed by columnists are their own and do not necessarily represent the views of Townhall.com.
Top Columns
Trending on Townhall Media 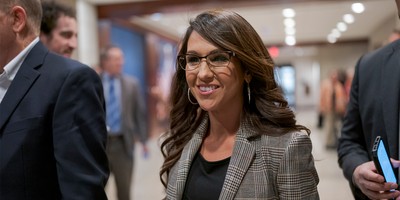 In an effort to discredit the U.S. election in advance of November 3rd, Secretary Clinton and left-wing pundit Paul Krugman both added fuel this week to the voter suppression narrative that will be used to contest the election results in the event of a second Trump victory.

Clinton made her remarks casting doubt on Trump’s willingness to leave office to a friendly host on The Daily Show, which a few weeks prior featured similar remarks from presumed nominee Biden who responsibly suggested the military might need to intervene. She tied her doubts to Trump’s questions about the sanctity of vote-by-mail, a process that accounted for only 21 percent of ballots cast in the 2016 election, but that is due for a dramatic and rapid expansion we’re told the election will be illegitimate without. The 21 percent of Americans who cast a vote-by-mail ballot in 2016 includes a wide variety of exposure to the method, according to the Pew Research Center. In many states, the number who have cast a vote that way in any of the past six presidential elections is under five percent

So we’re in a scenario where a massive and historical expansion of vote-by-mail is apparently the only fair way to conduct the election, but that any doubts raised about the credibility of that process will be part of a nefarious plot to discount the results. Clinton reassuringly points out that “many academic studies and other analyses” indicate voter fraud is not a problem in the United States. What those studies typically fail to point out is that existing voter verification mechanisms – to include signature matching – do not adequately account for the laxity in voter registry, voter roll maintenance, or ballot submission and collection processes. Essentially, what a number of widely cited studies suggest is that voter fraud is not a major problem while presenting a falsely confident picture of our ability to detect it.

However, Clinton quickly pivots to her real point, suggesting that state-level inefficiencies in administering the vote – which by her definition include a failure to embrace a historic rollout of vote-by-mail – will impact the legitimacy of the election. Irregularities or massively long voter lines absolutely would create some doubt in a reasonable voter’s mind about the eventual outcome, but that’s not her aim here. It’s instead to stake the legitimacy of the election on a left-wing definition of how elections should be conducted and set the groundwork for contesting a Trump victory. “In the kind of election we should have,” according to Clinton, Trump’s victory is unlikely. The corollary being set up, from someone who believes foreign intervention cost her the last election,” is that if Trump wins it’ll be because of dirty election conduct versus a reflection of state-level public sentiment.

Krugman picks up the baton of convincing voters not to trust the results but wades into deeper territory. He hints at several acts of perfidy to be plotted somehow by the Trump administration, each of which would require the active cooperation of state officials who actually administer our elections. He claims without evidence or further definition that we shouldn’t be surprised by a “mysterious and selective rejection of millions of absentee ballots” as if that process – in the absolute media blitzkrieg that will be taking place in any states not settled November 3rd – would go unnoticed or unchallenged. He also suggests that voting machines might be rigged in Democratic-leaning districts. He offers a feint by not explicitly suggesting these as the tactics he expects, instead telling folks not to be surprised if this type of illegal activity occurs.

Remember in the next 107 days as you see these types of wild claims increase that in the absence of a landslide we are headed towards a contested election. The left-wing personalities will each take a turn revisiting this narrative in the hopes of discrediting a result they do not like. We’ve already been told to accept that it’s unlikely we’ll know the winner on November 3rd, and what we’re seeing now is the type of confusion and conspiracy-casting that will make the weeks following the election very risky indeed.