Ubers Are Safer than Taxis 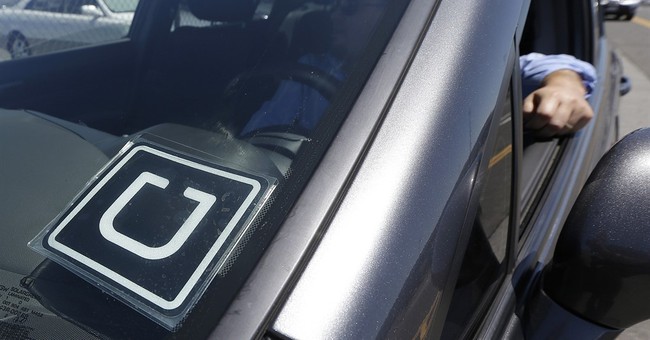 The underserved areas that gained the most from Uber’s growth were outer-borough neighborhoods that had below-median household incomes. In December 2014, there were over 200,000 more UberX trips that started in low-income zip codes outside downtown and midtown Manhattan than there were in January 2014.

These widespread benefits make it difficult for policymakers to claim that ridesharing’s growth needs to be curtailed to lower traffic congestion or protect the profits of taxi companies. However, if ridesharing put the public at danger, that could be a legitimate reason to impose further regulations.

Safety concerns over ridesharing, while understandable, are overstated. All major ridesharing companies already voluntarily require background checks, insurance requirements, zero-tolerance policies on drugs and alcohol, and vehicle safety inspections for their drivers. In New York City, the criminal background checks for drivers are conducted by the Transportation & Limousine Commission, the city’s taxi regulator, and fit its licensing standards.

The justification given for some states and cities requiring more stringent insurance and background checks for ridesharing drivers is that they are not licensed, and could be less experienced than taxi drivers. However, New York City requires Uber drivers to be licensed according to TLC standards.

It is safer for drivers to work for a ridesharing company compared to a taxi company. Driving a taxi is a dangerous because the business model is conducive to crime and violence. For one, taxi trips are anonymous. Drivers also carry cash. The average cash fare for New York City taxi trips in 2014 was around $12.00. With a typical driver shift of 9.5 hours and 45 percent of trips paid for by cash, it is safe to assume that the average taxi driver is carrying at least $100 in cash, which makes them attractive targets for robberies.

These factors contribute to taxi drivers experiencing occupational fatality rates that are four times higher than the U.S. civilian average (16.2 per 100,000 compared to 3.4 per 100,000). Each year over the past decade, at least half of these fatalities were homicides. The homicide rate for taxi drivers is about 20 times greater than the U.S. occupational average and twice as high as the rate for police and sheriff patrol officers.

As Matthew Feeney of the Cato Institute argues, these dangers are corrected with ridesharing. The identities of passengers and drivers are both verified. Safety is reinforced by a feedback system where rides and drivers can leave post-ride, public ratings for each other. Rideshare companies also track both parties’ locations throughout the trip. Additionally, no cash ever changes hands since all payments are taken care of electronically, whereas only 55 percent of taxi trips are paid for with credit cards.

The safety benefits of convenient, affordable transportation options can also be seen in ridesharing’s effect on drunk driving. A January 2015 report issued by Uber and Mothers Against Drunk Driving shows that ridesharing saves lives because people use it as a designated driver instead of trying to drive themselves home after they have had too much to drink. As the report states, in what is an obvious conclusion, “when people have more options, they make better, safer choices.”

In a survey of 807 individuals conducted by Benenson Strategy Group, 88 percent of respondents agreed with the statement that “Uber has made it easier for me to avoid driving home when I’ve had too much to drink,” and 78 percent said Uber has made it less likely that their friends drive after drinking.

The survey results are supported by other data. Uber’s entry into Seattle was associated with a 10 percent decrease in drunk driving arrests. Controlling for outside factors, after UberX launched in cities across California, monthly alcohol-related crashes decreased by 6.5 percent among drivers under 30 (59 fewer crashes per month). This decline was not observed in California markets without UberX. When drunk driving decreases, it benefits all motorists, not just ridesharing passengers.

The MADD report shows that demand for Uber rides peaks right around bar closing times, the same time drunk driving accidents reach their highest levels. The UberX ride data from New York City supports this finding. Hourly ride totals from 8:00 pm to midnight were higher than those during the morning rush (7:00 am to 10:00 am).

To ensure that everyone has access to a safe trip home, rideshare companies use dynamic pricing to better match the supply of drivers with the demand for rides. This encourages more drivers to get out on the road during times of high demand. The New York City Council is debating limiting dynamic pricing, but this would take away one of the main innovations that makes ridesharing available around the clock, even in low-traffic residential neighborhoods.

Taxi companies have failed to provide reliable transportation for those who seek a safe way home after a night out. In Austin, Texas (one of the few cities besides New York with public taxi records), the number of taxis available after midnight declines due to limited supply from government-imposed barriers to entry. Additionally, without the incentive of greater earnings from dynamic pricing that increases with demand, drivers have little reason to stay out half the night when they could be in bed or relaxing at home.

Concerns over public safety are a valid reason to establish a rigorous regulatory framework for an industry. However, there is no need to stifle ridesharing’s growth through regulation for the sake of consumer or driver safety, both of which are enhanced through ridesharing. This holds especially true when ridesharing’s benefits accrue to traditionally underserved areas as the service grows in popularity.