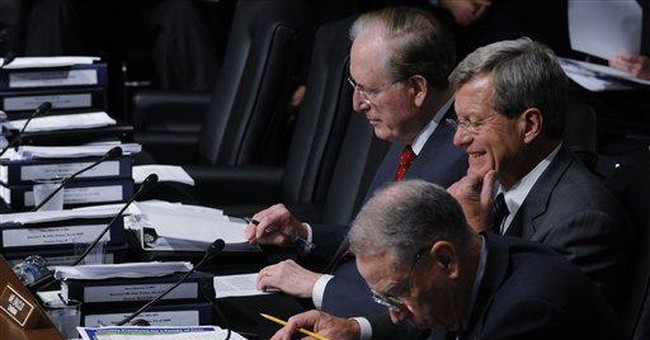 U.S. Health Care is First-Rate: Such information also flies in the face of the first-rate care offered throughout the nation — not just at the major medical centers like Johns Hopkins University and the Mayo Clinic.  Most Americans live close to a hospital system that provides lifesaving care that is the envy of people in other nations.  It is no secret that, even with all the flaws and shortcomings of the U.S. medical establishment, people — close to half a million annually — come to this country from around the world when they need specialized medical care.  American doctors and American hospitals provide care that is superior to that found anywhere else, and thousands of people are alive today as testament to that fact.  The poorest American citizens have access to care that is far superior to that available to the richest citizens of most nations.

U.S. Leads in Medical Technology: Advances in medical know-how and technology typically occur here in the United States, where the latest drugs and top specialists are readily accessible. In a recent article, Fred Barnes, executive editor of The Weekly Standard, pointed out the following facts:

·       The two most significant innovations for patient care in the past decade are magnetic resonance imaging (MRI) and computerized tomography (CT).

·       The United States has 27 MRI machines per million Americans.

·       Canada and Britain have six MRI machines per million.

U.S. Health Care Costs are Low, Results are High: The average citizen in the U.S. pays less for health care than citizens in Germany, Japan, Canada, and most countries in the E.U.  Yet, with illnesses like cancer and heart disease there are significant gaps in the outcomes for patients in other nations as compared to their survival when treated in the U.S.  Again, Fred Barnes offers comparative information that was published in the medical journal Lancet Oncology.  Clearly, Americans get better care than citizens in other nations, leading to greater survival rates from the most lethal forms of cancer.

Citizens also get better care when it comes to heart disease and heart attacks — patients have access to a wide variety of tests, treatments, and drugs, such as cardiac catheterization, angioplasty, stents, by-pass operations and blood-thinning drugs.  The progress in treating heart problems is astounding.  In 1970, around 500 per 100,000 people died of coronary heart disease.  By 1980, it had dropped to under 350.  It was down to 250 in 1990, down to 190 in 2000, and by 2007, it was under 140.  Likewise, a heart attack used to be fatal; by 1960, less than 40 percent of heart attack victims died.  That number is now down to around only six percent.

U.S. Citizens’ Mortality Rates are Low: If you want to survive catastrophic illnesses, you need to live in America.  America’s health care system provides earlier detection, better treatment options, and more potent drug protocols than are available elsewhere.  Mammograms are routine, with more than 90 percent of women having an annual Pap smear test to detect ovarian cancer.  Over half of American men routinely have the PSA test for prostate cancer, and around 30 percent of Americans have routine colonoscopies to detect colon cancer at its earliest stages.  As a result, the statistics show a staggering benefit for living in the United States when it comes to your chances of surviving these common cancers that are so deadly in other nations.

With heart disease, the comparisons are equally dramatic.  Ordinary Americans — more than half of whom need them — have access to the drugs that reduce cholesterol.  Whereas in nations like Germany, Britain, Italy, Switzerland and the Netherlands, only 15-40 percent of the citizens can get such potent and high-cost preventative care.

America Spends More on Health Care: Our nation spends almost 20 percent of its annual gross national product on health care, which suggests that citizens’ health is more of a priority here than it is for those who live in other nations.  Life expectancy in the United States is far superior to that of other nations because of the quality of care available to citizens, the priority given to medical research, and the availability of technology and drugs for treating the worst illnesses that human beings experience.

It’s strange that so many from the left seem determined to replace a system that is not broken.  Granted, there could be improvements in the U.S. system of health care, but the campaign for government-run health care is based on distortions and myths.  No wonder citizens from near and far are clamoring to be heard above the President’s incendiary rhetoric.  His high pressure techniques remind ordinary Americans of the auto repairman who wants to replace the car’s transmission when nothing but the fan belt needs fixing.