The Pushy Pundits Forced Romney Out 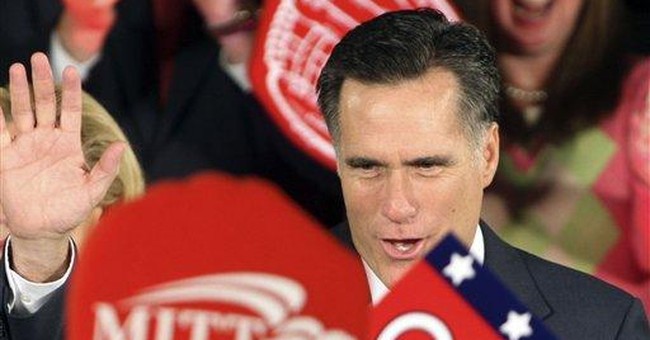 The big message out of the suspension of Governor Romney’s campaign for President is the people’s revolt against the punditry that shoved his candidacy down their throats. Conservative bloggers, radio hosts and opinion leaders have been unabashedly promoting Mitt Romney as their candidate by unprecedented personal attacks on John McCain and Mike Huckabee and their accusations that these candidates are “liberal.” They forgot all about their role as analysts and commentators and became advocates. Actually, their attitude was more than a little condescending and patronizing; they seemed to say “we know what we’re talking about so just take our word for it and go out there and vote the way we tell you to vote.”

The American public doesn’t take orders very well. They felt like they were being steamrolled. Besides, voters were all too aware that Romney is not a perfect candidate, either. Plus, they couldn’t relate to Governor Romney; it can’t have helped his chances that Americans have a visceral dislike of the idea of the presidency being for sale to the highest bidder. George Soros found that out in 2004.

It’s not really surprising, then, that Governor Romney’s campaign didn’t fly and the scarred, snow-haired hero Senator McCain will likely prevail. Super Tuesday looks to have been the “tipping point” for the GOP. McCain is the GOP frontrunner after prevailing in all the “winner take all” states; by winning four large Northeast states he collected 198 delegates. Romney didn’t win where he needed to win and was much weaker as a result.

There were numerous ironies in the campaign: With his business background, Romney should have been the economy candidate, but on Super Tuesday McCain won a lot of votes from people who cited the economy as their first concern. Romney spent millions in advertising, but did not win in the decisive states of California, New Jersey, New York, Missouri or Georgia. McCain won them all except Georgia, which Huckabee won.

At this point, we cannot dismiss Governor Huckabee, who made up for his lack of money and streamlined staff with charm, oratory, and humor. He did well on Super Tuesday with a successful sweep in the south that surprised all but a few of the pundits. He has vowed to stay in the ring and now he has the endorsement of the 800-pound Dr. James Dobson to add wind to his sails.

A fellow conservative policy wonk commented to me that he had quit reading many of his favorite columnists; he just didn’t want to read their constant “harping” that brooked no alternative to their position. This is a smart, educated, sophisticated conservative; he reads all the pundits; but those in his camp – with a few exceptions like Victor Davis Hanson, Michael Medved and Ed Morrisey – forgot their role as dispassionate, objective analysts and commentators. Instead, they became consumed with a doctrinaire political agenda and tried unsuccessfully to throw their supposed weight around. The public didn’t buy it; they rejected the “know-it-alls” and simply didn’t vote for the favorite candidate of the movement heavy-weights.

Romney has plenty of time to fight other political battles and to wage future campaigns. In the meantime, the pundits on his bandwagon ought to insist that he prove his conservative credibility. It is not enough for them to just declare that his current stance on the issues is legitimate. Many grassroots conservatives doubt his rhetoric on some key concerns –– especially abortion and so-called “gay marriage.” The voting public has been burned before by trusting too soon. Now Romney has an opportunity to win over the skeptics; by being tested, he can prove that his new commitment on the social issues is real. He can surround himself with people that conservatives trust and, over time, he can win over the people who currently doubt his conversion. In the meantime, the conservative pundits can work to restore their credibility, too.