Janae Stracke
|
Posted: Sep 09, 2020 11:05 AM
Share   Tweet
The opinions expressed by columnists are their own and do not necessarily represent the views of Townhall.com. 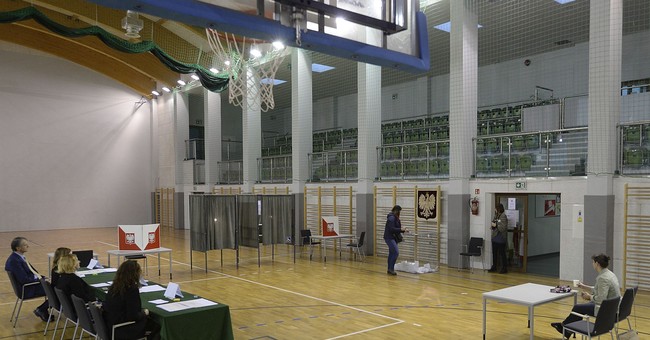 Elections are the lifeblood of our democratic-republic, and it’s vital to ensure they stay fair and free as the Left pushes a massive mail-in voting effort. This year, it’s not enough for conservatives to call out voter fraud — it’s time for committed citizens to show up and volunteer as poll workers to ensure fraud does not disenfranchise voters and undermine our electoral process. Fighting the Left on every front means conservatives need to not only be experts on policy, but experts on process. This principle doesn’t just apply to legislative fights in Congress -- it also applies to how we elect those officials in the first place.

The Heritage Foundation’s Election Fraud Database documents 1,296 cases of voter fraud in the United States, and those are just a small sample of proven cases — many more have gone unpunished. Recent research by the Public Interest Legal Foundation also found that between 2012 and 2018 over 28 million mail-in ballots went missing.

While absentee ballots are a standard and necessary part of elections, anti-fraud safeguards are essential. One problem with all-mail elections is they remove the added security of an absentee ballot request form, which verifies the voter’s signature a second time. Sending a ballot to every registered voter on the rolls also increases the risk that third parties cast extra ballots. Posing a further challenge, registered voters can’t easily be notified of their own technical error that might disqualify their mail ballot and have it thrown out.

Mail ballots also increase the vulnerability of elderly voters to intimidation. In 2017, Tyron Davis was convicted in Texas of six counts of voter fraud for assisting nursing home residents with their mail-in ballots and voter registration applications without identifying his assistance on the ballot. One woman he targeted suffered from Alzheimer’s.

Poll workers are the first line of defense against fraud. In 2016, one poll worker prevented Delores McMillian, also a poll worker, from casting a falsified ballot and voting using another person’s voter registration. A recent New York Post exposé uncovered a systematic operation where Democratic poll workers were informed which fake ballots contained votes for Democrats so they wouldn’t be challenged.

With many communities facing shortages of poll workers due to COVID concerns, the Left is taking Rahm Emmanuel’s advice to “never let a crisis go to waste” to heart. Rather than inviting new individuals to step up and participate in this part of our civic process, the Left is using this as an opportunity to advance all-mail voting. New Jersey recently announced plans to mail every voter a ballot this fall.

While filling poll worker slots is not a new challenge, many poll workers have backed out this year over concerns about COVID, leaving many states scrambling to find new workers. There are 6,000 poll workers signed up in Georgia, in a state where election officials say they will need over 20,000 workers by Nov. 3. Poll workers make in-person voting possible.

The myth continues that few elections come close enough for fraud to matter. However, elections frequently come down to the wire, and not just in local races. Just weeks ago, the Republican runoff for Texas’ 23rd congressional seat went to a recount when only seven votes out of nearly 25,000 cast separated the two candidates. President Trump famously won by a margin of less than 80,000 votes in Pennsylvania, Michigan, and Wisconsin.

The evidence is clear-- the 2020 election faces unprecedented levels of mail-in voting combined with historically low numbers of poll workers: a perfect recipe for fraud. That’s why it’s so crucial for honest citizens to show up and protect our election. These workers carry out the sworn duties most crucial to maintaining the integrity of our elections. They set up polling locations, verify voter registration, issue ballots, and even count votes. Whether your state calls them poll managers or officers of elections, the weighty responsibility is the same -- ensuring their community’s votes are accurately and truthfully counted.

It’s time conservatives climb into the trenches. Rather than advocating for honest and fair elections from the sidelines, we need conservatives who will be the fair umpires at their precinct upholding the rule of law. The time to commit is now. Register, and attend your county’s upcoming poll worker training. To fight for America means to vote for America. But those votes will only matter if they are counted accurately. Conservatives must ensure the integrity of each vote is protected. It’s time to help America vote.

Janae Stracke is Grassroots Director of Heritage Action for America.