A Key Test for Trade Enforcement

James H. Burnley IV
|
Posted: May 14, 2019 12:01 AM
Share   Tweet
The opinions expressed by columnists are their own and do not necessarily represent the views of Townhall.com. 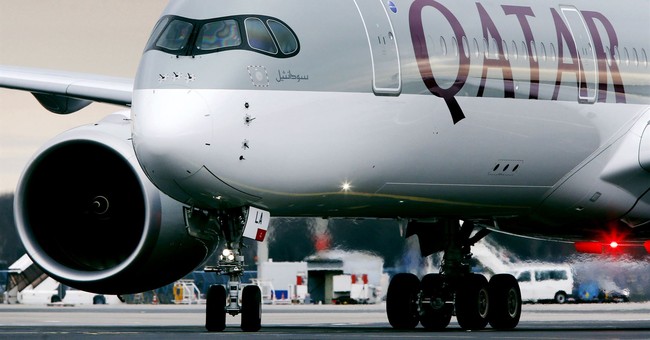 President Trump’s commitment to fair trade enforcement is now being put to the test thanks to long-standing trade violations that threaten the American airline industry. For over a decade, two Middle Eastern countries – Qatar and the United Arab Emirates – have provided tens of billions of dollars to their government-owned airlines, in violation of bilateral Open Skies trade agreements with the United States. These subsidies have allowed Qatar Airways, Emirates and Etihad Airways to rapidly expand, without regard for profit or economic realities, in an effort to dominate global aviation. American carriers and other rule-abiding airlines, which can’t count on unlimited backing from government owners, cannot reasonably compete on a playing field skewed by Gulf state subsidies. Economists estimate that for every long-haul international route cancelled or foregone by a U.S. airline due to Gulf carrier competition, 1,500 American jobs are lost.

While the Obama administration failed to defend American jobs and businesses, President Trump made clear that his administration would not stand for these trade violations. Last year, the U.S. government successfully negotiated two new agreements with Qatar and the UAE that were meant to put a stop to unfair competition, create new financial transparency and stop the launch of subsidy-backed “fifth freedom” routes, which are flights that go directly between the U.S. and a third country without stopping in an airline’s home country in between.

America’s airline workers showed their thanks to President Trump for taking action, but this wasn’t enough. Qatar Airways has now purchased a large stake in the Italian airline Meridiana, rebranded it as Air Italy with self-described plans to “massively” expand its operations, and is using it to circumvent last year’s agreement and continue to launch subsidy-backed routes to the United States. Just last month, Air Italy began two new seasonal flights to California, and will likely continue pricing below economic costs. Cheap flights may sound good in the short term, but the long-term harm to American industry and jobs is incalculable – not to mention the damage to our reputation if we let other countries break their agreements with the U.S.

Make no mistake – how the U.S. government responds on Air Italy will set the stage for future trade enforcement. In the past few days, the president of Emirates airline – owned by the UAE – indicated his interest in launching new, similarly agreement-breaking fifth freedom flights to the U.S. If nothing is done now, we can only expect even more trade violations that hurt American workers to bubble up.

Given his personal reputation as a dealmaker, I’d imagine the president won’t sit idly in response to this sort of behavior. If we want our trading partners to take us seriously, our government can’t let blatant trade violations like this go unanswered – especially so shortly after negotiating what was meant to be a mutually acceptable solution.

Fortunately, Secretary of State Mike Pompeo made clear that the administration recognizes this threat, telling Congress that the administration is “looking very closely” at Qatar’s investment in Air Italy. And members of Congress from both parties are keeping this issue in the spotlight with letters to President Trump and an upcoming Senate hearing.

With over 1.2 million American jobs depending on a successful U.S. airline industry, these trade violations simply won’t stand. If the president hopes to continue his record of success on trade, he must hold Qatar accountable, demand an end to its unfair behavior regarding Air Italy, and show America’s workers that we won’t let our trade deals go unenforced.

James H. Burnley IV served as the 9th U.S. Secretary of Transportation under President Ronald Reagan from 1987 to 1989. He is a partner at Venable LLP and an adviser to American Airlines.