Arizona, With Trump’s Support, Is Leading The Nation In Job Creation and Democrats Are 'Outraged'

Jake Hoffman
|
Posted: Jul 01, 2019 9:42 AM
Share   Tweet
The opinions expressed by columnists are their own and do not necessarily represent the views of Townhall.com. 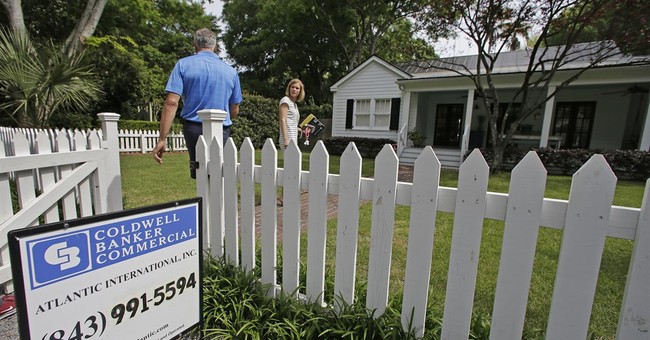 Arizona House Majority Leader Warren Petersen isn’t a household name, yet despite his current absence from the national spotlight, Petersen is an economic policy powerhouse responsible for teaming with Arizona Governor Doug Ducey to lead the nation in one of the most free-market reforms in U.S. history—universal occupational licensing.

You see, under the current modus operandi of an ever-expanding government apparatus, hundreds of jobs have been arbitrarily deemed necessary of government oversight and licensure on a state by state basis.  The percentage of workers requiring a license to perform their trade has skyrocketed from a mere 5% just 60 years ago to 25% today, according to a trilateral study conducted by the National Governors Association, National Conference of State Legislatures and the Council of State Governments. This level of government redundancy makes it difficult and financially burdensome to maintain your career when moving between states, disproportionately harming low- and middle-class Americans.

In fact, a 2017 study by the nonprofit Institute for Justice ranked Arizona the fourth most “burdensome” in the realm of occupational licensing, requiring licenses for workers in 68 of 102 low-income occupations.  As noted by The Washington Times, “workers in those jobs were required to log hundreds of hours of practice and take exams to obtain their licenses, which cost an average of $612.”

Upon receiving Governor Ducey’s signature, Majority Leader Petersen’s universal licensure bill, H.B. 2569, made Arizona the first state in the country to recognize occupational licenses for new residents. This means that new residents to Arizona who were already licensed in their prior state for at least a year to work as athletic trainers, barbers, landscape architects, massage therapists, nurses, real estate agents, physicians and many more will not need to go through the despotic re-licensing process in order to get the State of Arizona’s proverbial “blessing” to continue practicing their trade.

The bill even garnered the full throated support of President Trump, who called it “pioneering” and said, “we hope other states are going to follow Arizona’s lead.”

Additionally, the Trump administration was so committed to the success of this pro-jobs effort that it sent a U.S. Department of Labor official to Arizona to testify before a legislative committee and urge lawmakers to pass Petersen’s legislation.  The administration’s support for reforming licensure requirements and increasing job portability goes far beyond rhetoric and includes the recent allocation of millions of dollars in new grants to states willing to pursue these kinds of America first reforms.  In a statement, U.S. Secretary of Labor Alexander Acosta said, “excessive licensing raises the cost of entry, often prohibitively, for many careers, barring many Americans from good, family-sustaining jobs.”

Yet despite support from the governor, Republican legislators, the Trump administration, the business community, trade associations, and countless others, Democrats expressed partisan outrage over the passage of this bill.  Tucson Democrat Rep. Pamela Powers Hannely even tried to make the unfounded argument that not having arbitrary government re-certification would “dumb down the standards.”

It has truly become a spectacle in post 2016 American political discourse to watch Democrats’ ideological gymnastics as they oppose every modern Republican policy position, even those that actually accomplish the outcomes expressed in their own partisan bluster about wanting to help the poor and middle class.

The truth of the matter is that Democrats in 2019 only care about one thing, power.  Their sprint toward fringe extremism—medicare for all and the outlawing of private health insurance, open borders immigration policy responsible for the deaths of thousands of Americans each year and nearly 10,000 illegal aliens over the past two decades, wholesale gun confiscation, spending nearly $100 trillion on the radical environmental policy of the Green New Deal, and much more—has exposed their rhetoric of decades past for what it truly is, political doublespeak.   Democrats care no more for the lower and middle classes than the exact amount of political exploitation and leverage they can squeeze from them.  As such, Arizona Democratic opposition to this pro-worker legislation is sadly par for the course.

Undeterred by the partisanship and committed to improving all Arizonans, and hopefully Americans’ lives as this legislation is mirrored in state capitals across the country in the coming years, Petersen, Ducey and Republican legislators pushed forward to ensure that politics would not come before people.  And with more than 100,000 people projected to move to Arizona by the end of this year, their resolve on universal occupational licensing will undoubtedly make it easier and more affordable for thousands to jump right back into the workforce, serving as economic jet fuel to continue the growth and prosperity of Arizona’s booming economy.