Jacob Sullum
|
Posted: Aug 14, 2019 12:01 AM
Share   Tweet
The opinions expressed by columnists are their own and do not necessarily represent the views of Townhall.com. 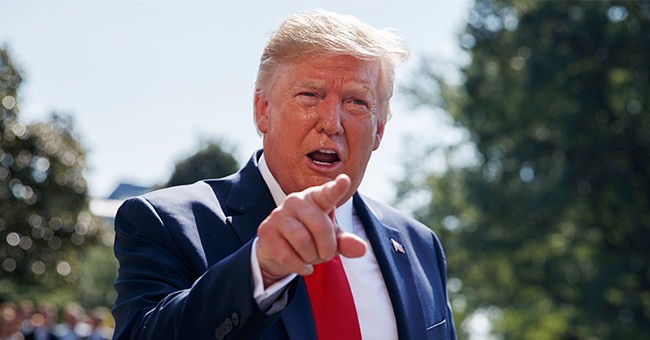 Donald Trump wants to regulate social media, while Democrats want to regulate political spending. Both are prepared to sacrifice freedom of speech on the altar of fairness, balance and equality.

The president's plan for fighting anti-conservative bias on social media platforms such as Twitter and Facebook is still in flux. But it reportedly includes siccing the Federal Communications Commission and the Federal Trade Commission on companies that are deemed to be removing content for political or ideological reasons.

According to a summary of a proposed executive order obtained by CNN, one possible approach involves reinterpreting Section 230 of the Communications Decency Act, which protects "interactive computer service providers" from liability for state crimes and many kinds of torts based on content produced by others. Section 230, which has been crucial to the development of the internet as we know it, also shields websites from liability for "any action voluntarily taken in good faith to restrict access to or availability of material that the provider or user considers to be obscene, lewd, lascivious, filthy, excessively violent, harassing, or otherwise objectionable."

Those two provisions are supposed to protect online forums, including all manner of blogs, vendors, review sites and news outlets, as well as the major social media platforms, from potentially crippling lawsuits triggered either by their failure to remove all arguably illegal posts or by their decisions to remove content they view as problematic. The idea is to give websites the freedom to exercise some editorial discretion without requiring them to exert comprehensive control over user-produced content, which would be fatal to social media in their current form.

The proposed executive order, CNN reports, would ask the FCC to "find that social media sites do not qualify for the good-faith immunity if they remove or suppress content" and "the decision is proven to be evidence of anticompetitive, unfair or deceptive practices." The FTC, meanwhile, would "work with the FCC to develop a report investigating how tech companies curate their platforms and whether they do so in neutral ways."

Removing Section 230 protection from platforms that bureaucrats consider biased, a policy similar to one proposed by Sen. Josh Hawley, R-Mo., would be counterproductive, as it would encourage them to suppress a lot more content, as well as shortsighted. As Wayne Crews, vice president for policy at the Competitive Enterprise Institute, observes, "Tomorrow's Speech Police are not going to think political neutrality or criteria for a certification of objectivity mean what Trump (or Hawley) thinks they mean."

While Trump is using the language of free speech to support a policy that would undermine it, Senate Democrats are taking a more direct approach, unanimously backing a constitutional amendment that would authorize "reasonable" limits on election-related spending. The Supreme Court has categorically rejected such limits, noting that they "place substantial and direct restrictions on the ability of candidates, citizens, and associations to engage in protected political expression, restrictions that the First Amendment cannot tolerate."

The answer, Democrats think, is to amend the First Amendment. "Every American deserves to have an equal voice at the ballot box, regardless of the size of their bank account," said Sen. Tom Carper, D-Del.

Democrats, in other words, want to mute some voices so that others may be heard, an idea that is plainly inconsistent with freedom of speech and freedom of the press. When the government dictates how much money you can spend to praise or criticize politicians, it is directly restricting your First Amendment rights.

While Trump's assault on the First Amendment is less blatant, it will lead either to a kind of compelled speech, forcing private companies to host content they would otherwise remove, or to a much less freewheeling internet where liability concerns stifle self-expression. And unlike the Democrats' speech-curtailing constitutional amendment, Trump's policy may actually come to pass, providing a real-life lesson in what happens when the government tries to act as a debate moderator.