The Marijuana Exception to Federalism

Jacob Sullum
|
Posted: Mar 01, 2017 12:01 AM
Share   Tweet
The opinions expressed by columnists are their own and do not necessarily represent the views of Townhall.com. 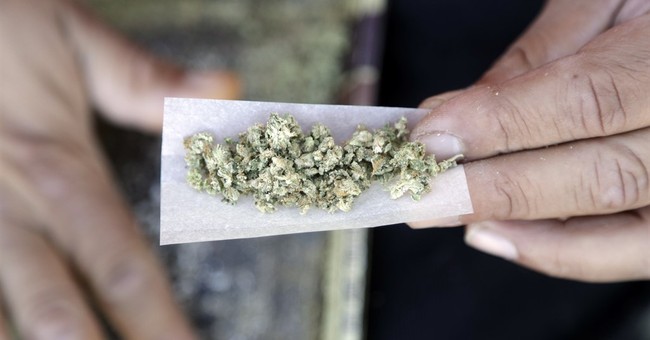 If those "responsible policies" involve legal action aimed at shutting down state-licensed marijuana businesses, they will be contrary to public opinion, President Trump's campaign promises and Sessions' own avowed support for federalism. As most Republicans seem to recognize, attempts to force marijuana prohibition on states that have opted out of it are inconsistent with the decentralized system of government established by the Constitution.

According to a recent Quinnipiac University survey, 59 percent of Americans think marijuana "should be made legal in the United States," while 71 percent "oppose the government enforcing federal laws against marijuana in states that have already legalized medical or recreational marijuana." Among Republicans, only 35 percent favored legalization, but 55 percent opposed federal interference with it.

Last April, a CBS News poll found even stronger Republican opposition to federal meddling. Asked if "laws regarding whether the use of marijuana is legal" should be "determined by the federal government" or "left to each individual state government to decide," 70 percent of Republicans said the latter, compared to 55 percent of Democrats (who as usual were more likely to favor legalization). These results suggest many conservatives, whatever they think of marijuana, take seriously their commitment to federalism, which Trump also claims to support.

At the Conservative Political Action Conference in 2015, Trump said he favored medical marijuana but had concerns about broader legalization, a decision he nevertheless said should be left to the states. "In terms of marijuana and legalization," he said at a 2015 rally in Nevada, "I think that should be a state issue, state by state."

Sessions, a former Alabama senator, also claims to believe in federalism. After the death of William Rehnquist in 2005, Sessions gave a floor speech in which he praised the chief justice for "reestablish[ing] a respect for state law and state sovereignty." Sessions noted that the federal government, under its authority to regulate interstate commerce, "has broad power, but there are limits to the reach of the Commerce Clause."

When it comes to marijuana, however, Sessions has little patience for those limits. "It does remain a violation of federal law to distribute marijuana throughout any place in the United States," he observed on Monday, "whether a state legalizes it or not."

In 2005, the Supreme Court upheld continued enforcement of the federal ban on marijuana in states that have legalized the drug. But the Court did so based on a very broad reading of the Commerce Clause -- the sort of interpretation that usually irks conservative constitutionalists.

The case involved homegrown marijuana used by patients in states that recognize the plant as a medicine. "If Congress can regulate this under the Commerce Clause," observed dissenting Justice Clarence Thomas, "then it can regulate virtually anything -- and the Federal Government is no longer one of limited and enumerated powers."

In relying on an understanding of the Commerce Clause that lets Congress do pretty much whatever it wants, Sessions outdoes one of the most famous anti-marijuana crusaders in U.S. history. Harry Anslinger, head of the Federal Bureau of Narcotics from 1930 to 1962, pushed states to ban marijuana by claiming the plant turned people into rapists and murderers.

But even Anslinger did not go so far as to claim the federal government had the authority to impose marijuana prohibition on recalcitrant states. "There are no Federal laws on the growth or use of marijuana," The New York Times reported in 1931. "Mr. Anslinger said the government under the Constitution cannot dictate what may be grown within individual states."