Jacob Sullum
|
Posted: May 18, 2016 12:01 AM
Share   Tweet
The opinions expressed by columnists are their own and do not necessarily represent the views of Townhall.com. 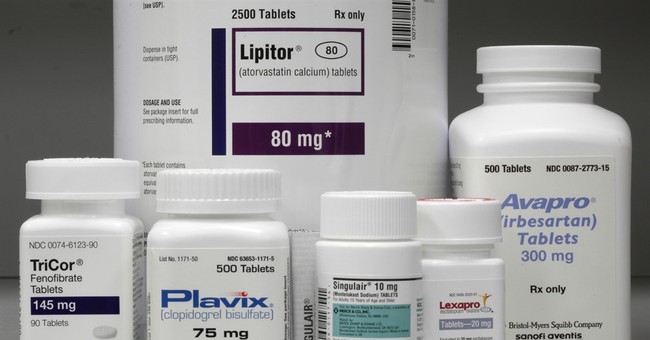 Last week, the House of Representatives approved what The New York Times described as "a mountain of bills addressing the nation's opioid abuse crisis." The 18 bills passed "by huge bipartisan margins."

A flurry of legislative activity like this usually materializes when the drug problem it targets is already receding. That seems to be the case with the so-called opioid epidemic, notwithstanding the fresh attention attracted by the recent death of Prince, which may have involved prescription painkillers.

According to the National Survey on Drug Use and Health (NSDUH), nonmedical use of opioid analgesics such as oxycodone and hydrocodone peaked in 2012 and has since dropped below the rate in 2002. Although the recent decline in prescription painkiller use was accompanied by an increase in heroin use, total opioid use was still lower in 2014 than in 2012.

Despite the decline in use, opioid-related deaths reported by the U.S. Centers for Disease Control and Prevention continued to rise through 2014, when there were 29,467, a record number. An overwhelming majority of such deaths -- more than nine out of 10, according to data from New York City -- involve mixtures of opioids with other drugs rather than straightforward overdoses.

That pattern, illustrated by the untimely ends of celebrities ranging from Janis Joplin to Philip Seymour Hoffman, suggests that the most effective way to prevent opioid-related deaths is to discourage people from combining painkillers or heroin with other drugs, especially depressants such as alcohol and benzodiazepines. It also suggests that the inherent deadliness of opioids has been greatly exaggerated.

The CDC says "health care providers wrote 259 million prescriptions for painkillers in 2012, enough for every American adult to have a bottle of pills." That year the CDC counted about 16,000 deaths involving opioid analgesics, or one for every 16,000 or so prescriptions.

Opioid-related deaths are rare even for patients who take narcotics every day for years. The CDC cites "a recent study of patients aged 15-64 years receiving opioids for chronic noncancer pain" who were followed for up to 13 years. The researchers found that "one in 550 patients died from opioid-related overdose," which is a risk of less than 0.2 percent.

The risk of addiction also has been exaggerated. According to NSDUH, those 259 million painkiller prescriptions in 2012 resulted in about 2 million cases of "dependence or abuse," or one for every 130 prescriptions. A recent study by Castlight Health estimated that 4.5 percent of people who have received opioid prescriptions qualify as "abusers," and its definition, based on the amount prescribed and the number of prescribers, probably captures some legitimate patients as well.

According to NSDUH, only a quarter of people who take opioids for nonmedical reasons get them by obtaining a doctor's prescription. Hence the sequence that many people imagine -- a patient takes narcotics for pain, gets hooked, and eventually dies of an overdose -- is far from typical of opioid-related deaths.

The rarity of addiction to opioids should come as no surprise to the vast majority of Americans who have taken Vicodin or Percocet for pain. Maybe they enjoyed the buzz, but they did not continue taking opioids every day once their pain was gone.

The truth is that using such drugs regularly for their psychoactive effects appeals to only a small minority of people, which is one reason heroin has never been very popular even among illegal drug users. "We lose sight of the fact that the prescription opioids are just as addictive as heroin," says CDC Director Thomas Frieden. In other words, not very.

Some of the legislative responses to the increase in opioid-related deaths, such as shielding people who report overdoses from criminal charges and making the opioid antagonist naloxone more widely available, are sensible. But the crackdown on painkiller prescriptions is bound to hurt bona fide patients while driving opioid users to black-market heroin, which is more dangerous because its potency is unpredictable -- a hazard created by an earlier round of antidrug legislation.