Jacob Sullum
|
Posted: Mar 02, 2016 12:01 AM
Share   Tweet
The opinions expressed by columnists are their own and do not necessarily represent the views of Townhall.com. 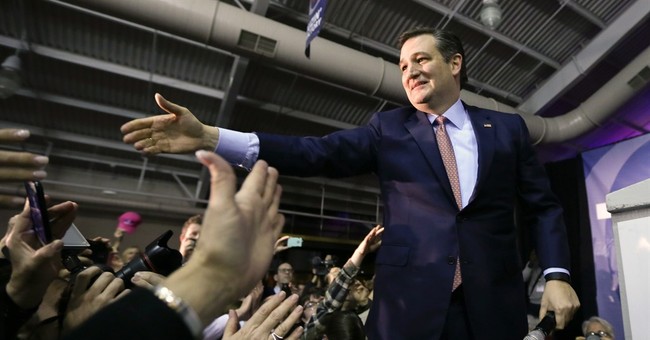 Trending
Conservatives usually are not fans of arbitrary, heavy-handed, anti-competitive, counterproductive regulations. But as a case the Supreme Court will hear Wednesday shows, they make an exception for abortion.

Before H.B. 2 was enacted in 2013, Texas had more than 40 abortion clinics. Almost half of them closed as the admitting-privileges requirement was implemented, and that number will be cut in half again if the ASC rules take effect.

The supposed health benefits of that shakeout are illusory, since abortion was already a very safe procedure and there is no reason to think the new mandates will make it safer. "Studies consistently report the rate of major complications during or after an abortion as less than one-half of one percent," the clinics challenging H.B. 2 note. The mortality rate in Texas before H.B. 2 was 0.27 per 100,000 abortions, making abortion 100 times safer than giving birth by that measure.

In the unlikely event of serious complications, the patient will be treated at the nearest hospital, regardless of whether the doctor who performed the abortion has admitting privileges there. Furthermore, as the appeals court that upheld H.B. 2 conceded, the ability to obtain admitting privileges may depend on various factors that have nothing to do with the doctor's competence.

Requiring abortion clinics to spend millions of dollars so they can qualify as surgical centers likewise is hard to justify as a safety measure, since abortions do not require incisions or suturing and are no more dangerous than various other procedures commonly performed in doctors' offices, such as vasectomies and colonoscopies. Texas is requiring even clinics that do nothing but administer abortifacient drugs to meet the prohibitively expensive ASC standards, which makes even less sense.

Far from protecting women, these overbearing rules are likely to undermine their safety. Making abortions harder to obtain is apt to encourage dangerous self-induced abortions, delay the procedure (which makes complications more likely), and result in more births (which are much riskier than abortions).

"The health and safety of abortion patients would be best served by a free market constricted only by evidence-based regulations," Freedom and Individual Rights in Medicine argues in a brief that I joined. "Unjustifiable government regulation creates obstacles to free market processes, resulting in increased costs and decreased supply without providing improvements in health care quality or availability."

Conservatives surely understand these points, which they frequently make in connection with other kinds of regulation. But regulatory excess is desirable when your goal is preventing people from exchanging money for a service you consider morally abhorrent.

Supporters of H.B. 2 are not supposed to admit that's their goal, since the Supreme Court's blessing hinges on pretending it isn't. According to the Court, regulations that "serve no purpose other than to make abortions more difficult" are unconstitutional.

But sometimes the truth slips out. After the U.S. Court of Appeals for the 5th Circuit upheld H.B. 2 in 2014, Rick Perry, then governor of Texas, welcomed the decision as a victory for "the culture of life."

Texas Attorney General Ken Paxton, who cosponsored H.B. 2 as a state legislator, describes it as "the landmark legislation to protect the lives of unborn children." Another cosponsor, Texas Comptroller Glenn Hegar, says H.B. 2 is "widely recognized as the toughest pro-life legislation in United States history." But don't tell the Supreme Court.