Clinton vs. Trump: The Good News Is One Would Lose

Jacob Sullum
|
Posted: Feb 24, 2016 12:01 AM
Share   Tweet
The opinions expressed by columnists are their own and do not necessarily represent the views of Townhall.com. 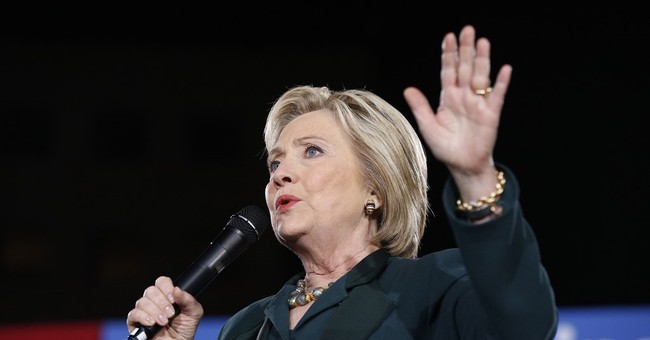 Trending
The first time I looked at the website for Either, "the world's largest game of 'Would You Rather' questions," this was the dilemma at the top of the page: "Would you rather be stabbed in the stomach 10 times or shot in both kneecaps?" That is pretty much how I feel about the increasingly plausible prospect that Americans voting for their next president this fall will be asked to choose between Hillary Clinton and Donald Trump.

For sheer entertainment value, Trump is the obvious choice. Consider his solution to the "drug epidemic," which he presents in a 43-second campaign video.

"I'm going to create borders," says the billionaire reality TV star. "No drugs are coming in. We're gonna build a wall. You know what I'm talking about. You have confidence in me. Believe me, I will solve the problem."

That is Trump's campaign in a nutshell: Whatever the problem, he will solve it, because he is a problem solver. But Clinton is no slouch when it comes to pie-in-the-sky promises either.

While Trump promises to "get rid of ISIS," Clinton promises to "defeat ISIS and global terrorism and the ideologies that drive it." While Trump says he will be "the greatest jobs-creating president that God ever created," Clinton says she will "create good-paying jobs and get pay rising by investing in infrastructure, clean energy, and scientific and medical research."

In addition to grandiosity, Trump and Clinton share the same authoritarian instincts, which lead them to sacrifice civil liberties in the name of national security. Clinton has never seemed very concerned about the government's mass collection of telephone records, which Trump supports, and both want to fight terrorism by attacking online speech.

Trump's defense of the right to armed self-defense may be his biggest advantage over Clinton, who promises a bunch of new gun restrictions without so much as mentioning the Second Amendment. Trump, who used to support waiting periods for gun purchases and a federal ban on so-called assault weapons, may not be completely sincere on this subject. But assuming the next president gets to pick a replacement for Antonin Scalia, Trump is more likely than Clinton to choose a justice who will continue to enforce constitutional restrictions on gun control.

Clinton is clearly better than Trump on immigration. Almost anyone would be, since Trump's idea of "immigration reform" involves the aforementioned wall, on which he would post a "No Muslims Allowed" sign and through which he would deport 11 million unauthorized residents. Clinton also seems more inclined to support criminal justice reform, although her interest in that issue is relatively recent.

Unlike Trump, who at least claims to be worried about the national debt, Clinton evinces no concern about the size of government. Her campaign website highlights 28 alphabetized issues, ranging from "Alzheimer's disease" (which she opposes) to "workforce and skills" (which she supports). Someone who casually declares that "affordable health care is a basic human right" and promises to "end" drug and alcohol addiction "once and for all" clearly does not have much respect for reality, let alone limits on government.

That goes for foreign as well as domestic policy. Clinton, who did not admit the Iraq war was as mistake until 2014, cites the Obama administration's intervention in Libya -- which likewise replaced a dictator with chaos and strengthened terrorists in the process -- as a paradigmatic example of "smart power." Trump, who turned against the Iraq war a decade sooner and criticizes the toppling of Libyan strongman Muammar al-Qaddafi (which he initially supported), may be slightly more cautious about foreign entanglements.

Since Trump has never held public office and seems to have few firm beliefs about anything aside from his own unparalleled competence, it's hard to predict what he would do as president. Clinton, by contrast, has a long, almost uniformly awful record of public service. Whether Americans decide to be stabbed in the stomach or shot in the kneecaps, the consequences will be painful.